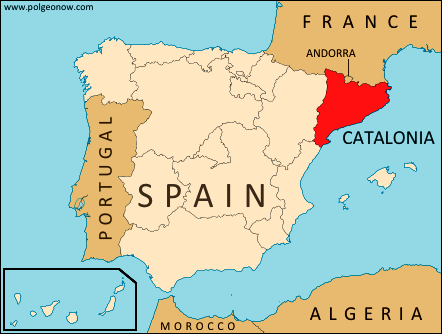 The president of Spain’s Catalonia region has called for mass demonstrations next week, vowing to press ahead with an independence referendum – a move that the central government in Madrid insists would be illegal.

“We have the full force of the state against us,” Carles Puigdemont told a meeting of party officials on Saturday in the city of Barcelona.

“Faced with judicial proceedings and threats … the regional government is more determined than ever” to hold the plebiscite as planned on October 1, he said.

On Wednesday, Catalonia’s regional parliament voted to push ahead with the referendum, sparking the country’s deepest political crisis in 40 years.

In the early hours of Friday, the separatist-controlled body upped the ante by passing a bill outlining a transition to a possible independent republic.

Spanish Prime Minister Mariano Rajoy shot back at the Catalan government’s plans. “There will not be a referendum,” he told officials from his conservative Party Popular on Saturday. “It’s my duty to preserve national unity,” Rajoy said, adding that the laws passed by the regional government paving the way towards a referendum “illegal and anti-democratic”.

As it was expected, Spain’s Constitutional Court in Spain on Friday suspended the call for the referendum after agreeing to review an appeal by central authorities in Madrid.

Puigdemont, a lifelong proponent on independence for the wealthy region in northeast Spain, is hoping to mobilise supporters in a show of legitimacy in the face of Madrid’s threats to halt the vote by any means possible.

He urged supporters of independence to take to the streets on Monday – the region’s national holiday.

“On Monday we will overwhelm them peacefully and democratically, as always,” he said.

Opinion polls show that Catalans are evenly divided on independence. But more than 70 percent want a referendum to take place to settle the matter, similar to the plebiscite held in Scotland in 2014.

The Catalan government staged a symbolic independence referendum in 2014, when more than 80 percent of participants voted to split from Spain – though only 2.3 million of Catalonia’s 5.4 million eligible voters took part.

The Catalonia region, centred on Barcelona, generates 20 percent of Spain’s gross domestic product and has a population of 7.5 million people. It self-governs in several important areas, including police, health and education.

But key issues such as taxes, foreign affairs and most infrastructure are in the hands of the Spanish government.

Both Catalan and Spanish are spoken, and many Catalans feel strongly about their cultural heritage and traditions.