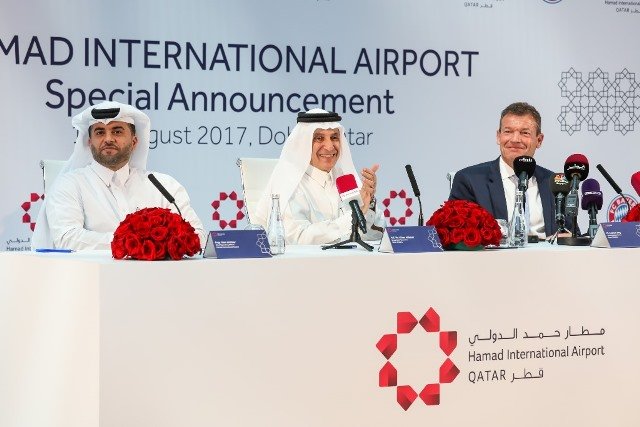 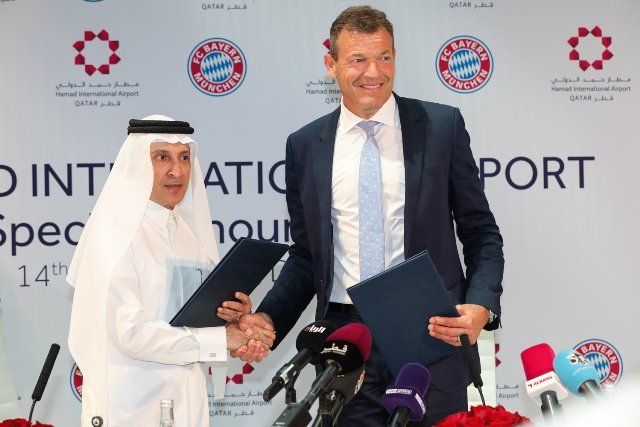 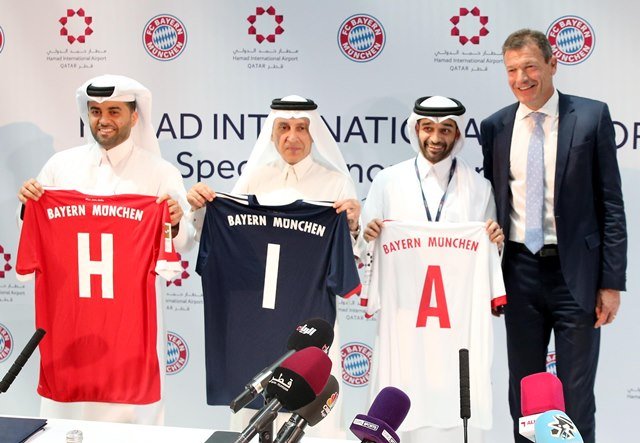 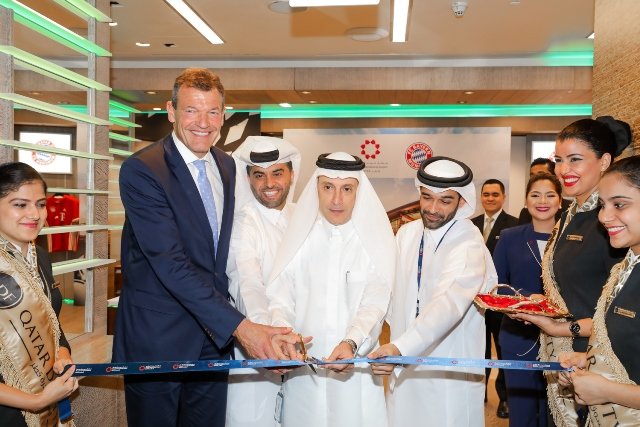 Hamad International Airport (HIA), Doha announced today that it has enhanced its current sponsorship of the legendary German football club FC Bayern München as Platinum sponsor. It is also announced today that the latest FC Bayern jersey will be featuring HIA-Qatar’s distinctive logo on the sleeve of the team’s iconic shirts from onward this Friday, i.e. 18th of August 2017.

Albaker in his address today said “The strengthening of this fantastic sponsorship between Qatar’s award-winning airport and FC Bayern München, truly demonstrates the State of Qatar’s role as a global leader in sports. The HIA-Qatar logo on the sleeve of every FC Bayern München jersey helps display the importance that we as a nation place on sports as a means of bringing people together. The HIA-Qatar enhancement of its sponsorship has also further aligned itself with our nation’s ambitious national vision.”

FC Bayern München Executive Board Member, Andreas Jung, said: “Starting this season, our players will feature the HIA-logo on the jersey’s sleeves. When we signed the contract with Hamad International Airport in January 2016, the sponsors badge on the sleeve was already part of our agreement. So far the HIA-logo has already been placed on the training uniforms.”

“FC Bayern München are Germany’s sporting superstars, so it’s only right that they should be in partnership with the Middle East’s five-star airport, as we are both at the top of our game and both look forward to staying in the premiere league.”

HIA-Qatar and FC Bayern München also launched their latest promotional video, which showcases HIA’s award-winning facilities and services as experienced first-hand by the football stars. The video features global football champions Arjen Robben and Robert Lewandowski to name but a few, and will be played both in the airport and on board Qatar Airway’s flights.

Andreas Jung and Akbar AlBaker signed the agreement on behalf of their respective  organizations.

Earlier in January this year, Qatar had the privilege of hosting FC Bayern München in Doha as the team undertook a successful nine-day winter training camp at Qatar’s Aspire Academy, enjoying the world-beating facilities available to them.

This is just the latest in a series of significant milestones achieved in 2017, including being ranked as a five-star airport by Skytrax, making it one among only five other airports in the world to achieve this prestigious status.