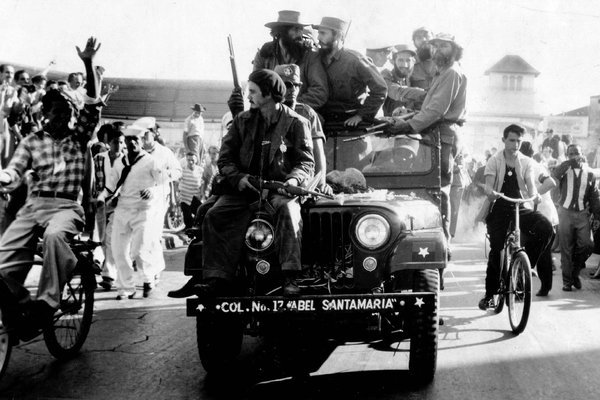 Son of a wealthy Spanish farmer also served as the First Secretary of the Communist Party of Cuba from 1961 until 2011.

Castro was decorated with various international awards, and was lauded as a champion of socialism, anti-imperialism, and humanitarianism, whose revolutionary regime secured Cuba’s independence from American imperialism.

In Latin America, Castro was inspirational for leaders like Hugo Chávez and Evo Morales.

In Africa, he was viewed as an inspiration by leaders like Nelson Mandela.

He was also regarded highly in Asia; the former Indian Prime Minister Manmohan Singh described Castro as “one of the greatest men of our times”.

In the United States, critics alleged that he was a dictator whose administration oversaw human-rights abuses in Cuba.

Through his actions and his writings, he significantly influenced the politics of various individuals and groups across the world.

AlJazeera Tv Channel reports ‘ Fidel Castro, a titan of the Cold War who defied 10 American presidents and thrust Cuba onto the world stage.’

‘ US government spent more than $1bn trying to kill, undermine or otherwise force Castro from power, but he endured unscathed before old age and disease finally took him.’

‘The US had tried for years to topple the Cuban government. Cuba stumbled along even after the collapse of its chief sponsor, the former Soviet Union.

The CIA plotted to assassinate Castro using everything from exploding seashells to lethal fungus.

‘American officials cut off almost all trade to Cuba and they financed dissidents and pro-democracy activists. But nothing worked during 11 successive administrations, from Dwight Eisenhower to Barack Obama.’

On December 17, 2014, Obama announced that the US planned to renew diplomatic ties with Cuba and loosen some trade and travel restrictions.

Obama’s critics were enraged, saying he was throwing a lifeline to the socialist government and undermining the work of democracy activists who were regularly arrested and beaten.

Obama vowed to continue supporting democracy activists in Cuba, but said the US embargo hadn’t worked and lawmakers should lift it.

‘His supporters in Havana described him as a tireless defender of the poor.’

Castro was “a giant of the Third World”, said Agustin Diaz Cartaya, 85, who joined Castro in the 1953 attack in eastern Cuba that launched the revolution. “No one has done more for the Third World than Fidel Castro.”

Critics say Castro drove the country into economic ruin, denied basic freedoms to 11 million Cubans at home and forced more than a million others into exile.

“In 55 years, the Cuban government has not done anything to help the Cuban people in terms of human rights,” said Hector Maseda, 72, a former political prisoner who lives in Havana. “I don’t believe in this regime. I don’t trust it.”

Doubtlessly, Castro leaves a legacy that will be hotly debated for years to come.