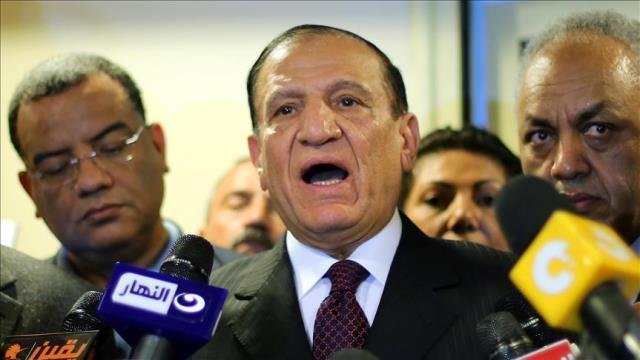 Gen. Sami Anan, former Egyptian army chief-of-staff and would-be presidential candidate, was detained by Egyptian authorities on Jan. 23 and is being held at a military prison in Cairo, according to his lawyer on Saturday.

For six days he was incommunicado, after being detained for questioning.

Emin said there will be a written statement about the visit on Sunday.

In a televised statement, the army accused Anan of committing several “irregularities” after he announced plans to run for office.

In a video posted on his Facebook account on Jan. 19, Anan said he will run in the upcoming elections to save Egypt.

It remains unclear whether Anan will be permitted to run.

Earlier this month, Ahmed Shafiq, former President Hosni Mubarak’s last prime minister, abruptly announced his withdrawal from the race, saying he was “not the best choice for managing the state’s affairs in the upcoming period”.