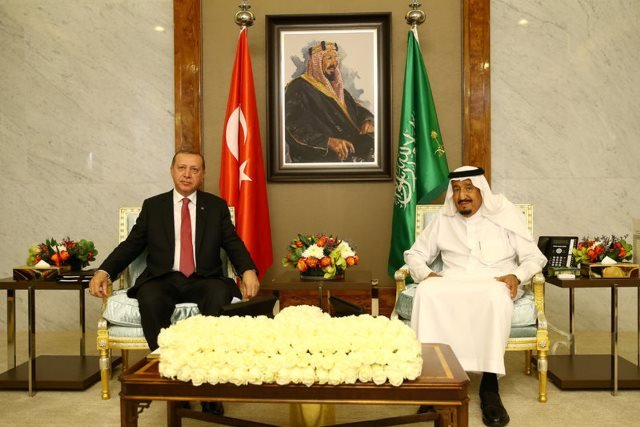 The boycotting countries want Qatar to close down a Turkish base, curb relations with their arch-foe Iran and shutter the Al Jazeera TV channel. Kuwait is seeking to mediate in the crisis.

Saudi King Salman and Erdogan discussed “efforts to combat terrorism and its sources of funding”, the Saudi press agency reported, without elaborating.

Erdogan arrived in Kuwait in the evening and is scheduled to visit Qatar to conclude the two-day trip.

Under a 2014 agreement, Ankara maintains a military base in Qatar which is set to eventually host as many as 1,000 troops.

The two countries also maintain ideological ties, as Erdogan’s party has Islamist roots and Doha is a main backer of the Muslim Brotherhood, which its Arab opponents deem a terrorist organization.