Erdogan Asked US to Withdraw Its Decision, Al-Quds As Capital of Palestine Guarantees Peace in the Region, 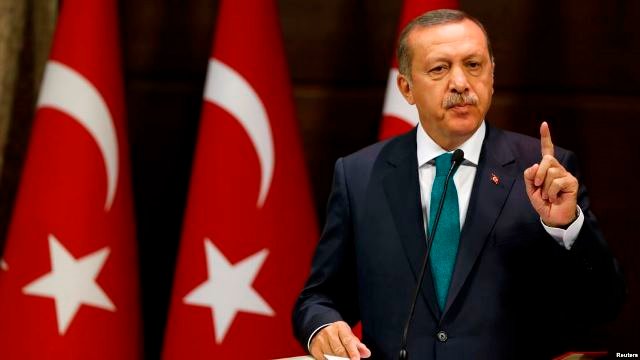 The defence of sanctity of Al Quds, the city of Prophets, where the sacred places of the three celestial religions coexist and where the Haram al-Sharif, our first kiblah, sheds heavenly light at its heart, and the preservation of its historic status are not just the duty of the Muslims but of all humanity.

The touchstone of the establishment and the maintenance of justice, tolerance and mutual respect in the whole world as well as in our region is to be able to protect Al Quds.

There are many examples of the sufferings experienced in the history when the special religious structure of Al Quds and its related intimacy were not respected.

Following the Second World War, a new and an everlasting tragedy began to occur in the region where Al Quds is at the centre.

Each step disregarding the rights of Palestine on Al Quds, recurrently confirmed by the UN Resolutions, is a major blow struck on the dream of the coexistence of people that belong to different religions.

It is certainly not possible to waive from the requisition of a sovereign and independent State of Palestine on 1967 borders with Al Quds as its capital, that we regard as the condition for peace and security in the region.

The decision of the United States of America to recognize al Quds as the capital of Israel is both contrary to the UN Resolutions and to the ancient character of al Quds extending to centuries.

Therefore, this step means disregarding the historical and social facts as well as the international law.

Just like the fact that Israel’s decision to annex Al Quds and its acts and practices therewith are never accepted, this statement is identically invalid in the face of conscience, law and history.

Peace for everyone can only be achieved when the Israeli occupation of East Al Quds, West Bank and Gaza Strip ends and the Palestinians can be free in their own homeland.

As the Summit Chair of the Organisation of Islamic Cooperation, I hereby call the whole world to protect peace and security for the future generations by opposing these and similar unlawful actions.

As for the countries, which have not recognized the State of Palestine yet, we believe that it has now become necessary to take this important step to ensure a balance that keeps the common sense and justice alive.

Today, it is the common duty of all people with common sense and conscince, from all religions, all nationalities and all beliefs to stand by the people of Palestine and Al Quds in their rightful cause.

In the capacity of the Summit Chair of the Organisation of Islamic Cooperation and the President of the Republic of Turkey, I call upon the United States of America to withdraw from this step that will trigger the chaos in the region, and I call upon Israel to pursue policies that will contribute to peace and tranquillity.