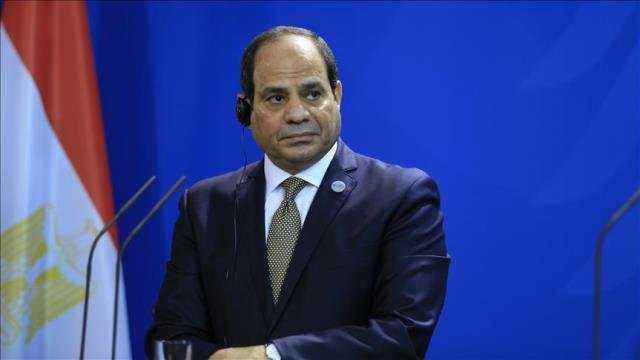 Egyptian President Abdel-Fattah al-Sisi on Monday called for maintaining stability of the Gulf countries, including Qatar.

“The [Gulf] region does not endure anything but stability,” al-Sisi said during a session held on the sidelines of a youth forum held in the Red Sea resort of Sharm el-Sheikh.

In June of last year, Saudi Arabia, Egypt, the UAE and Bahrain collectively severed ties with Doha, accusing it of supporting terrorism.  The Saudi-led axis also imposed an air/land/sea embargo on Qatar, which continues to vociferously deny the terror allegations.

Al-Sisi said Egypt has been seeking to heal the rift between the Ramallah-based Palestinian Authority and Palestinian group Hamas, which rules the Gaza Strip.  “There must be one authority and one leadership for the Palestinians in Gaza and Ramallah,” he said. “All parties must concede to serve the best interest of the Palestinian cause.”

A delegation from Egypt’s intelligence service has been holding a shuttle diplomacy between the Gaza Strip, the West Bank and Israel for weeks, during which they are meeting with officials of Hamas, rival group Fatah and the Israeli government.

The talks are taking part with a view to reaching a truce between Hamas and Israel and achieving Palestinian reconciliation between the Palestinian rivals.  The West Bank and the Gaza Strip have remained politically and administratively divided since 2007, when Hamas wrested control of the strip from rival group Fatah following several days of street fighting.

Hamas’s capture of Gaza in 2007 ended an earlier — if short-lived — unity government that was established after Hamas swept 2006 Palestinian legislative polls.

The Egyptian president denied any knowledge of the so-called “deal of the century” — a U.S. back channel plan to reach a peace settlement between Israel and the Palestinians.  “The ‘deal of the century’ is a term given by media outlets,” al-Sisi said.  “It could be a test for reactions; I don’t have details and we will not impose anything on the Palestinians,” he stressed.

Jerusalem remains at the heart of the Middle East conflict, with Palestinians hoping that East Jerusalem — occupied by Israel since 1967 — might eventually serve as the capital of an independent Palestinian state.