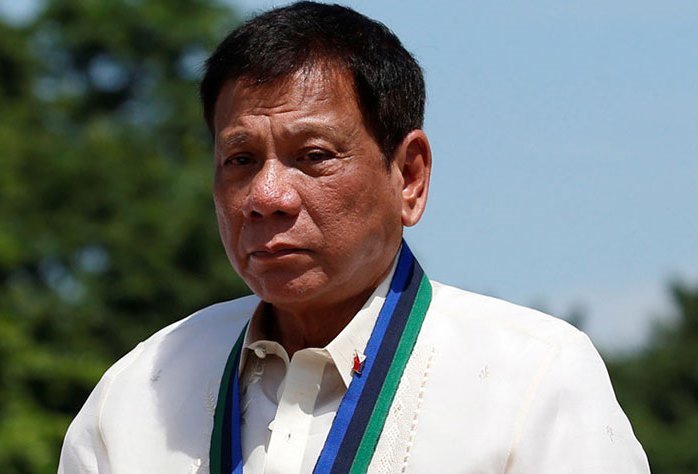 As Muslims journey towards spiritual purification through a month-long fasting, the President reminded the Muslim Filipino community to thank Allah.   ”On this special day, remember to thank Allah for bestowing upon you the resolve, courage and fortitude to obey His commandments during the blessed month of Ramadhan,” Duterte said in his message for the annual Eid’l Fitr, which marks the end of Ramadan or the Islamic holy month of fasting.

“May this renewed sense of spiritual accomplishment give you the strength and courage to cultivate our communities. In times when all odds seem stacked against us, it is our willpower and faith that will always see us through,” he added.

At the same time, the President called on Muslim Filipinos to channel their energies towards fostering national unity stressing that dedicating their lives to the betterment of humanity is the best way to demonstrate their devotion to God.

“Together, let us work towards building a society that is grounded on love, mutual respect and understanding. May this special day bring happiness, peace and prosperity to everyone. Eid Mubarak!” he ended.

Meanwhile, a Palace official said the imposition of an eight-hour humanitarian ceasefire to observe Eid’l Fitr in Marawi City is a show of solidarity to all Muslims.

“This humanitarian ceasefire on part of the military and the government underscores our solidarity with our Muslim brethren as they celebrate the end of Ramadan,” Presidential Spokesperson Ernesto Abella said in a statement.

“It is a sincere gesture which shows respect to the Muslim faith and acknowledges our cultural diversity of our society,” he added.

Abella, however, said the ceasefire may be lifted if the terrorists pose danger to government soldiers and civilians.

“The halt in military offensive operations, however, would be lifted if any of these conditions become evident: (1) the security of government forces is in jeopardy; (2) there is threat to the safety of civilians; and (3) if the enemy starts firing and our troops as well as other authorities have no recourse but to exercise the right to self-defense,” he said.

The Armed Forces of the Philippines (AFP) has declared an eight-hour pause in military operations beginning today, June 25, from 6 a.m. to 2.p.m., in Marawi City in observance of Eid’l Fitr.

“BRP Davao del Sur will greatly assist in our military operations in quelling the rebellion in Marawi. Apart from delivering military supplies and relief goods, the vessel will be utilized as a back-up floating medical facility to treat the wounded,” Abella said.

He added that BRP Davao del Sur is also ready to provide the support required once the reconstruction, rehabilitation, and rebuilding of Marawi begins.

Doha, 25 June 2022 THE Embassy of Nepal and the Non-Resident ...
END_OF_DOCUMENT_TOKEN_TO_BE_REPLACED