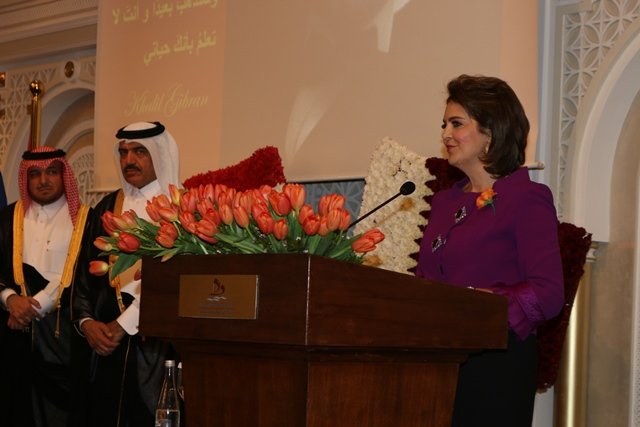 Ambassador of the Kingdom of the Netherlands to Qatar Dr Bahia Tahzib-Lie has said that Dutch companies are “big investors” in Qatar and fully committed to Qatar National Vision 2030.

“In the Netherlands, his birthday (27 April) is a national holiday called King’s Day. It is a day when everyone goes out on the streets dressed in orange outfits. There are fun festivities for children on the streets and many concerts in public spaces.”

This year, the King’s Day was marked in Doha with a special theme “Flowers and Art”. “Flowers and art form an important part of our cultural identity and heritage. We Dutch are passionate about sharing our flowers and art with everyone,” the ambassador said when asked about the reason behind the selection of theme.

She said that it was a pride for Netherlands to host one of the world’s largest flower gardens – the Keukenhof – and being the world’s leading supplier of flowers, plants and trees.

The ambassador said the Dutch government wanted to promote the interest of Dutch businesses abroad through economic diplomacy. “Qatar aims to diversify the country’s economy by creating a balance between an oil-based and a knowledge-based economy. Dutch companies in Qatar have a diversified presence in different business sectors such as education, healthcare, energy, engineering & architecture, maritime, logistics, agriculture, horticulture and several kinds of consultancy services.”

Tahzib-Lie said that bilateral trade relations reached around €1bn during 2015. “Dutch exports amount to €440m which is increasing gradually and the Dutch imports are worth €556m which is mostly related to LNG.”
She said that there are a number of Qatari companies operating in the Netherlands: Muntajat BV (marketing and sales of petrochemicals), Qatar Petroleum International BV’s, Lusail BV in Valkenswaard at Jan Tops (equestrian), Qatar Holding etc.

The ambassador sees huge scope for cooperation in healthcare between the two countries. “Qatar has the fastest growing healthcare market in the region. Qatar National Vision 2030 is to ensure comprehensive world-class health care systems for the whole population. The Netherlands is a major player in the global life sciences health industry with a strong technological position in molecular imaging, medical informatics, biopharmaceuticals, human and veterinary vaccines, regenerative medicine, biomaterials, medical technology, and health infrastructure. The Dutch sector is in a position to collaborate, cooperate and form coalition with Qatari counterparts.”

Tahzib-Lie thinks Qatar and the Netherlands have some “striking similarities”. “Both countries are relatively small in size but with great ambitions, open to the sea, outward-looking and share an unstoppable drive for innovation.”

Moreover, she observed, both Qatar and the Netherlands were open to diversity. “In the Netherlands, we stand for a multi-colour, multi-cultural, multi-religious society. For example, our cities Amsterdam and Rotterdam are home to about 180 nationalities.”

“It’s great to see that Qatar and the Netherlands connect, inspire and complement each other across a wide range of sectors like energy, infrastructure, sports, education, and health-care. Dutch companies are big investors in Qatar and fully committed to Qatar National Vision 2030.”

Sustainability, she said, was an integral part of many Dutch companies. “In Qatar, several companies are actively contributing to developing sustainable technologies and more efficient use of resources – including the use of water – like Arcadis and Shell.”

“Healthy and nutritious food as well as clean water will be more important than ever. The Dutch have a centuries-old reputation for producing high-quality food and clean drinking water. The Netherlands is the world’s 2nd largest agri-food exporter and a global leader in sustainable water supply solutions. One specific example is the ‘Mega Reservoir Project’ by Dutch company Arcadis. The project intends to increase water storage and security while providing seven days of strategic water storage to fulfill the need and demand for water across Qatar due to the country’s rapid and continuous growth and development,” she said.

With a palpable sense of national pride, she said that in Qatar, Dutch artists were active too. “A Dutch architect has designed the Qatar National Library building and the headquarters of Qatar Foundation. A Dutch designer designed the exquisite interior of the soon to be opened Mondrian hotel in Doha. And the Sheikh Faisal Museum has a Dutch Director.”

Also in the field of peace and international justice, she said, the Netherlands valued the partnership with Qatar. “Our two countries work well together in international fora, including the UN, to advance the international legal order.”

Citing an example, the ambassador said: “The Netherlands is an active supporter of the initiative of Qatar (and Liechtenstein) within the UN to establish the new database to collect evidence of the most serious crimes committed in Syria, with the aim to ensure accountability in the future.” She said that the Netherlands had also announced a contribution of €1m right after the resolution on this UN database was passed.

“In 2018, the Netherlands will have a seat in the UN Security Council. We will be motivated and committed to continue working towards peace and justice with Qatar and other international partners.”

The Dutch ambassador said that Stenden University, established in Qatar in partnership with Faisal Holding, was providing international business, tourism and hospitality management degrees with more than 500 Alumni graduates.