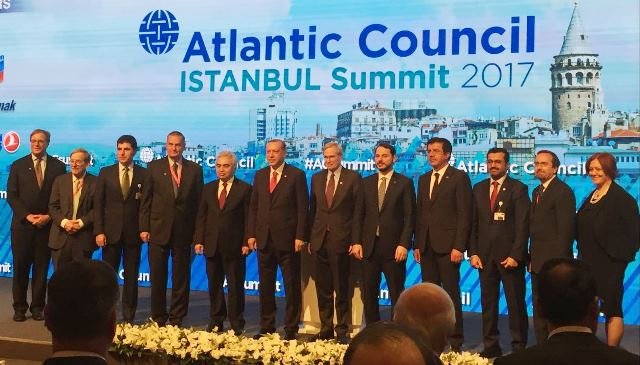 Dr. Mohammed bin Saleh Al Sada, Minister of Energy and Industry, State of Qatar led the delegation of the State of Qatar to the Eighth Atlantic Council Conference held in Istanbul, Turkey on 27 and 28 April.

Turkish President Recep Tayyip Erdogan delivered a speech on the second day of the annual conference in Istanbul.

HE Dr. Al-Sada addressed on the occasion on global and regional energy issues.

On the sidelines of the conference, he met Mrs. Mary Bruce Wurlick, Special Envoy of the US Department of State for International Energy Affairs and Frederick Kemp, Executive Chairman of the Atlantic Council and senior officials of the Council.

Since its establishment, the Council has organized programs to study and discuss political, economic and security issues in the Americas, Europe, Asia and other parts of the world.

The Council is developing these programs with the conviction that closer transatlantic relations are the main engine through which progress can be made in establishing a strong global system.