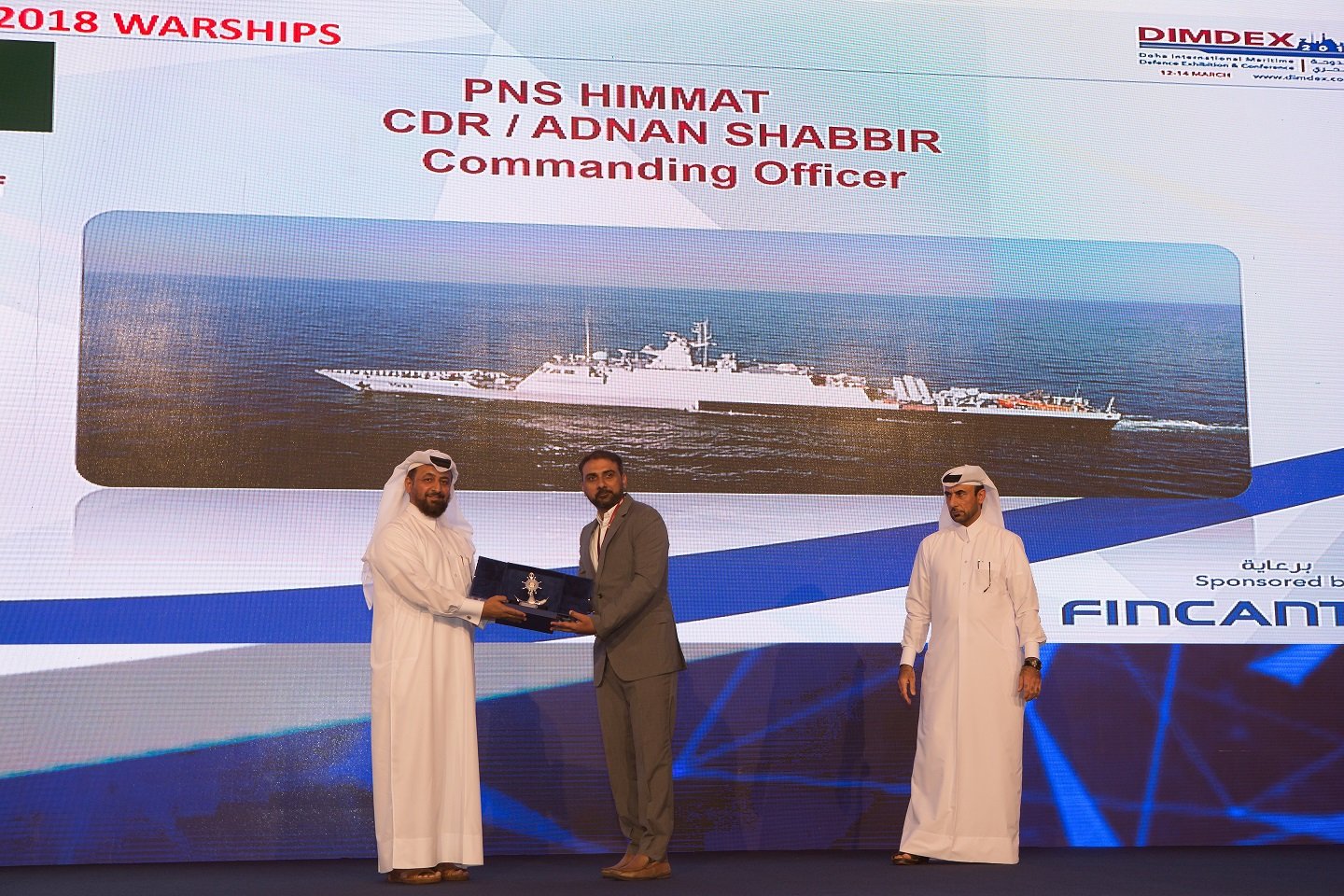 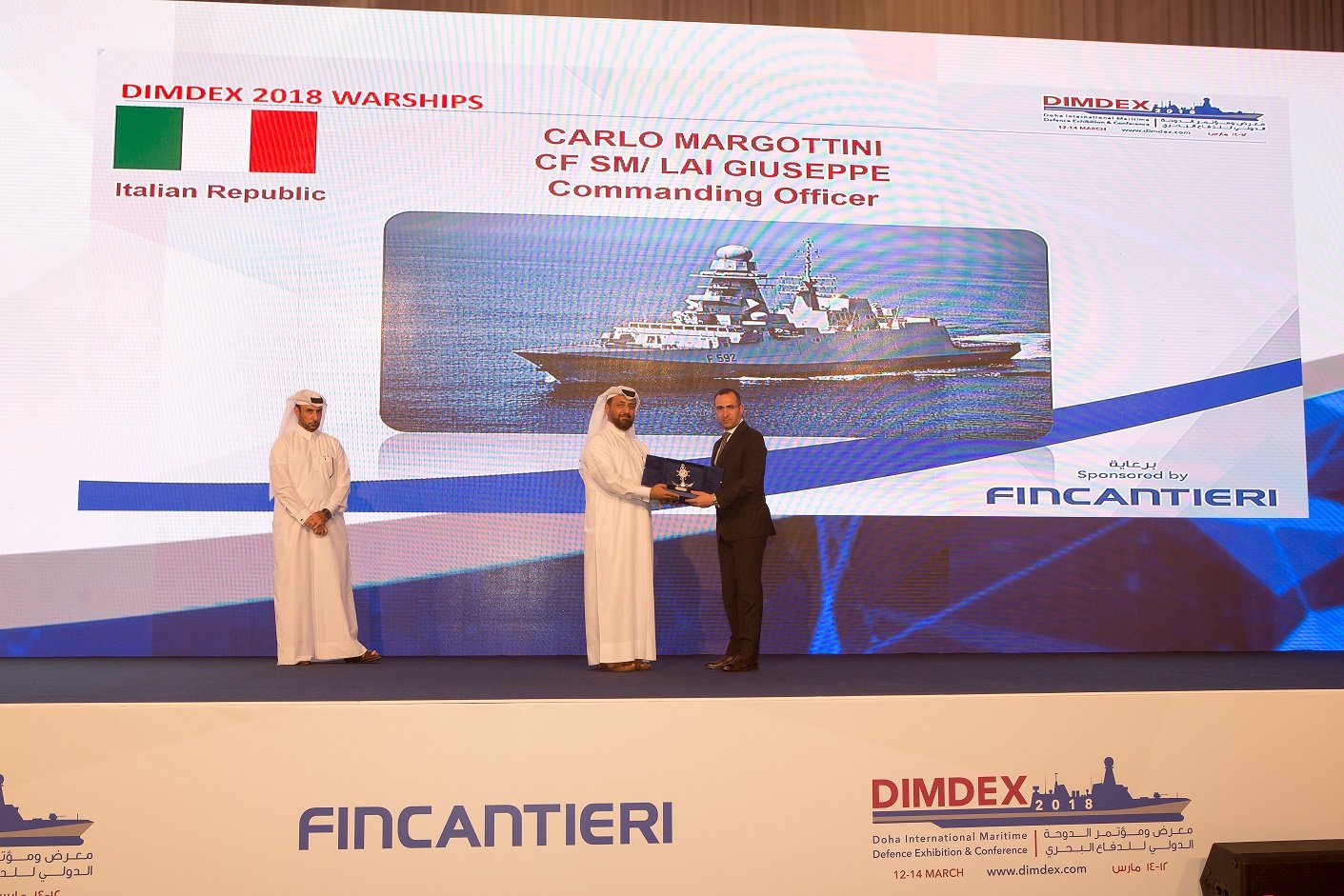 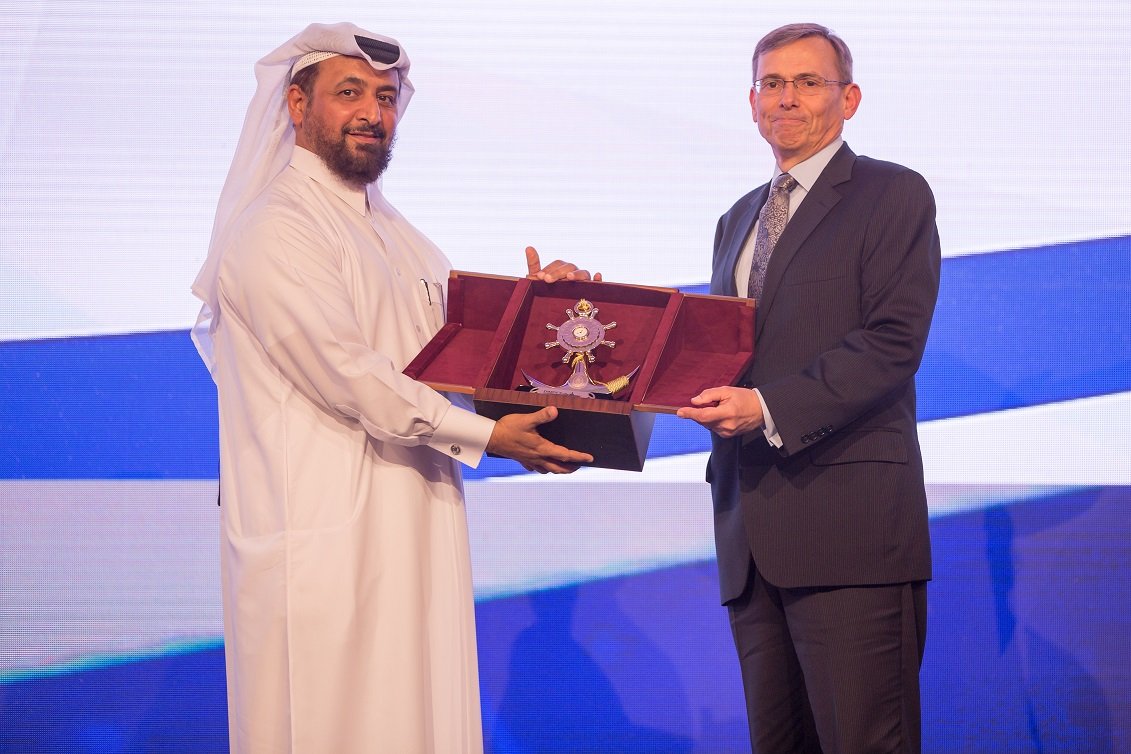 The gala dinner saw the presenting of ceremonial shields to naval ship commanders of visiting warships including the Qatari Fast attack craft HUWAR (Q05); the Destroyer INS KOLKATA of the Indian Navy; the Frigate BNS BANGABANDHU of the Bangladesh Navy; the Frigate CARLO MARGOTTINI from Italy; the Destroyer USS SAMPSON (DDG-102) of the US Navy; the RFA CARDIGAN Bay and HMS MIDDLETON of the Royal Navy of the UK; the KASSAB Fast attack craft from Oman; and the Fast attack missile craft PNS HIMMAT and Maritme Patrol Vessel PMSS BASOL from Pakistan.

At the dinner, Maj. Gen. Abdullah bin Hassan Al Sulaiti, Commander of the Qatar Emiri Naval Forces, delivered a speech welcoming the esteemed guests attending DIMEX 2018 official gala dinner, in which he hopes would offer a fruitful networking opportunity in a friendly atmosphere, and ultimately increase engagement to reach the desired common goals and objectives.

In his speech, Maj. Gen. Al Sulaiti said: “DIMDEX 2018 has expanded to be become one of the biggest international maritime events focusing on naval security and defence, as well as becoming a leading event that provides a networking platform for industry professionals and experts, senior officials and dignitaries from Defence Ministries across the Middle East and North Africa, and other parts of the world.”

Maj. Gen. Al Sulaiti additionally invited all participant to take part in the Middle East Naval Commanders Conference that will be held during the second day of DIMDEX, March 13th, titled “Building Capabilities in Challenging Environments through Visionary International Military Cooperation and Defence Engagement”, which aims to bring together naval leaders and experts to share international collaboration ideas to overcome challenges, and achieve international military contact benefiting from the regional maritime defence industry.

Major General Al Sulaiti concluded his speech thanking DIMDEX 2018 Diamond sponsor, Fincantieri, an Italian company and one of the leading companies in designing and building commercial cruise ships in the world.

DIMDEX 2018 is being held under the patronage of Sheikh Tamim Bin Hamad Al Thani, Emir of State of Qatar, and hosted and organised by Qatar Armed Forces, over three days until Wednesday (14 March) at the Qatar National Convention Centre (QNCC).

With 180 global exhibitors from around the world taking part in this year’s 10th edition across the defence, maritime and security sectors, DIMDEX has earnt its position as one of the most prestigious maritime defence shows in the region. Offering its audience ‘A World-Class Platform for Technology, Maritime & Defence Industry Capabilities‘, DIMDEX 2018 stays true to Doha’s position as a burgeoning business hub.