Doha based Indian Journalist Passes Away 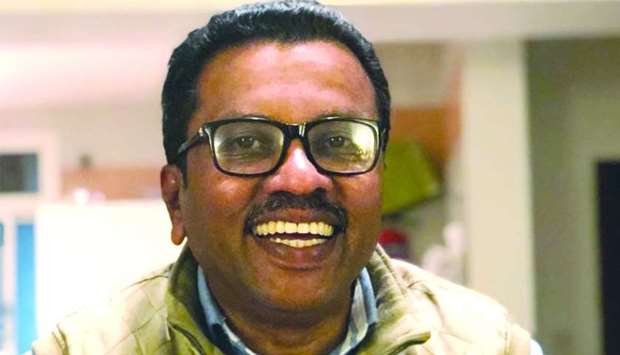 Doha-based Indian journalist Anil Kumar Vijayan (56) passed away following a heart attack on Friday. He left behind his wife Shirley and two sons, Ritwik and Rohit.

Many community members and friends paid homage to Vijayan when his body was kept for viewing at the Al Wakra Hospital mortuary on Sunday.

The body is expected to be flown on Monday to Mumbai, where his family is settled, according to sources close to him.

Vijayan breathed his last while attending a function in Mesaieed. He was planning to leave Qatar for good by the end of this month.

A veteran journalist, Vijayan had worked in newspapers and other publications in India and the Gulf region for about three decades.

In Qatar, he had worked as Editor of a business magazine, published by the Gulf Publishing and Printing Company and as copy editor in an English newspaper.

Before coming to Qatar, he had worked for Khaleej Times and Sharjah-based The Gulf Today, both together for about 12 years.

Vijayan will be fondly remembered for his sincerity and humility, his friends said.