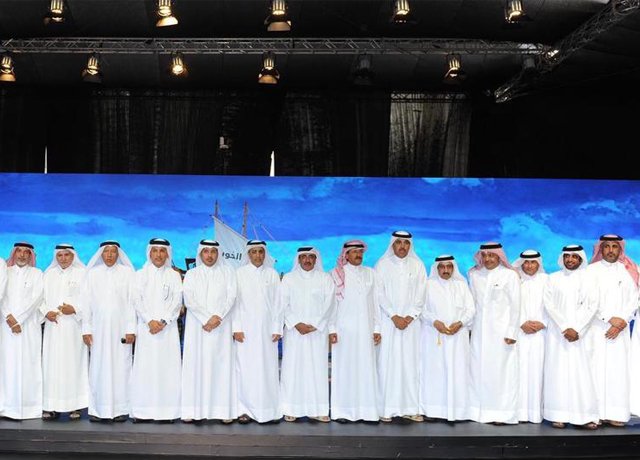 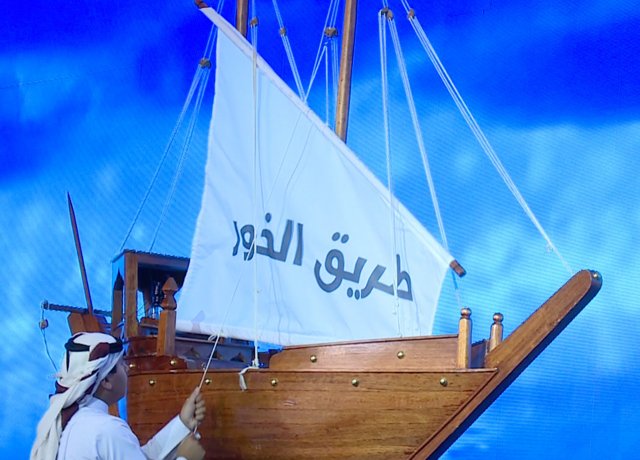 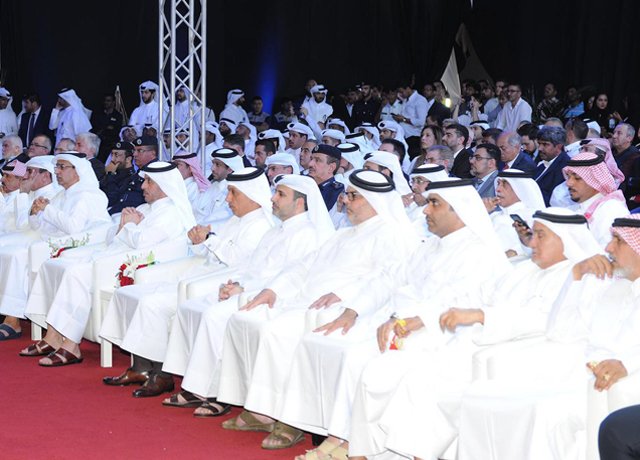 The opening of the 33-kilometre Al Khor Road main carriageway linking Doha to Al Khor was delivered one year ahead of schedule, which was originally set to open in the second quarter of 2020. Simaisma Interchange, the interchange on Al Majd Road and the interchange on Al Turfa Street are now fully open to traffic.

Al Khor Road main carriageway serves as an alternative to Al Shamal Road as it allows road users coming from Al Khor to reach their desired destinations while saving travel time by up to 65% compared to the same journey via Al Shamal Road. The new road layout will considerably upgrade the vehicular capacity from 8000 to 20000 vehicles per hour in both directions.

The newly opened road is strategically linked with major expressways such as Al Majd Road which creates inter-connectivity with numerous major highways allowing free flow navigation across Western and Southern areas of the State of Qatar. Primarily, Al Khor Road directly serves more than 20 residential areas alongside its carriageway in addition to a number of economic, commercial and public amenities in the surrounding areas.

“The corridor of the east coast development”
In addition to being an alternative and parallel Road to Al Shamal Road and the main link between the north and east of Qatar, Al Khor Road will create new demographic and urban areas extending along the east coast of Doha to Al Khor and Rass Laffan. The road will become the center of development to encourage the population of Doha to move outside the historic city and to reconstruct the eastern areas of Qatar to Al Khor, so Lusail will become the ideal city to live in. The project will open the door for more investment, whether in the field of business or real estate or increase the agricultural plot.

On this occasion, Jassim bin Saif Al Sulaiti, the Minister of Transport and Communications expressed that Al Khor Road is one of the most important main arterial roads which will make a difference in land transportation that is expected to be significantly enhanced in the northern and eastern regions. The opening of Al Khor Road will connect Al Khor to Doha in approximately 20 minutes; it will also witness the highest levels of road safety with its provision of five lanes in each direction, in addition to the fact that it is considered the most adequate alternative to Al Shamal Road.

Al-Sulaiti said that the special design of Al Khor Road allows for the wide central median to accommodate the rail line, which would provide additional means of transportation to residents in the areas it traverses.

He also emphasized that during the construction phase of the project, all future infrastructure construction projects were taken into consideration, especially in the domains of telecommunications, in addition to rainwater and drainage systems without having to perform any additional excavation anew, highlighting the fact that this futuristic approach will be operated in all State development projects.

Eng. Abdullah bin Abdulaziz bin Turki Al Subaie, Minister of Municipality and Environment, highlighted that Qatar has made outstanding achievements in the development of infrastructure projects which have been delivered according to plan as aligned with the State’s strategic leadership.

In a reference to the road’s benefits, the Minister stated that Al Khor Road provides access to multiple regions from north to Doha, especially that it serves more than 20 residential areas such as Al Khor, Lusail and the Pearl as well as areas located east of Al Shamal Road like Al Kheesa, Al Ebb and Leabib. Furthermore, this road links to a plethora of economic, sports, public services and leisure facilities.

He also confirmed that Al Khor Road is a key factor in sustaining the east coast development. He explained that it will create new communities and a favorable environment for investments in real estate, industrial and many other sectors which will encourage people to settle along surrounding areas to Al Khor Road.

Dr. Saad bin Ahmed Al Mohannadi, the President of the Public Works Authority “Ashghal” expressed his gratitude for the wise government whose vision and direction have been pivotal in delivering state-of-the-art infrastructure. He also expressed his pride for the opening of Al Khor Road one year ahead of its scheduled time and three years and a half in advance of the 2022 FIFA World Cup, especially as it links Al Bayt Stadium to Lusail Stadium.

He praised the new road’s strategic link to major roads such as Simaisma Road, Al Majd Road and Al Turfa Street and indicated that it will significantly reduce traffic on Al Shamal Road and serve as an alternative route for road users coming from the north towards Doha. He explained that Al Khor Roads’s connection with roads that are interlinked to Al Shamal Road also allows traffic coming from western and southern areas to reach Doha using an alternative route to Doha Expressway.

Ashghal has fully opened the 33 kilometre long main carriageway on Al Khor Road after completing upgrading works that have transformed the old road to an expressway extending from Al Khor Road in Al Khor to Qatar University Street in Doha. The old road layout had up to two (2) lanes in each direction, now upgraded to five (5) in each direction in addition to two (2) emergency lanes. This expansion will increase the vehicular capacity to accommodate approximately 10,000 vehicles per hour instead of 4000 vehicles per hour as well as improve traffic movements and enhance road safety.

The project’s special design allows for a wide central median that will accommodate the rail line, connecting Al Khor to Doha with two main stations.

Simaisma Interchange:
Located on the intersection of Al Khor Road with Simaisma Road, this interchange includes a main bridge, four (4) loops and four (4) right exits to provide free flow connectivity in all directions for road users coming from Al Shamal Road and Al Khor Road. It is considered as the main access to the city of Simaisma and a direct link to Umm Qarn area. It also serves several leisure facilities such as Simaisma’s Beach, Youth Centre and Resort.

Besides its significant role in linking multiple residential areas, this interchange makes it easy for road users coming from Doha and Al Khor to reach Lusail and Al Bayt Stadium in a record time to attend all the games of 2022 FIFA World Cup Stadiums.

This interchange will significantly enhance access to Qatar University, Doha Institute for Graduate Studies as well as Doha Golf Club.

Facts and Figures
Upgrading works on Al Khor Road started in the last quarter of 2016 to reach 80% of progress. A large section of road preparation works was completed comprising of 11.5 million cubic metres of filling and compacting works, 2.24 million tonnes of asphalting and 580 thousand cubic metres of concreting as well as 10.87 million cubic metres of excavation works. Infrastructure development work has also been completed within the scope of the project. 127 km of rainwater and sewage water drainage lines to prevent water accumulation during the rainy season and 105 km to extend the pipeline for irrigation and treated water treatment network along with 160 km of electricity and telecommunications networks.

Challenges
The Public Works Authority ‘Ashghal’ was able to deliver 80% of the project in a record time despite the challenges faced during the construction time.

The construction of Al Khor Road required full closure of 9 kilometres of the road from Simaisma Interchange to Qatar University Street for a period of 18 months while diverting traffic to Al Shamal Road. Ashghal was committed to finish all road works without any delay.

Future benefits to be delivered upon project completion

Al Khor Expressway and Al Majd Road:
The opening of Al Majd Road in February 2019, has significantly contributed in linking traffic coming from Al Khor Road and vice versa especially that Al Majd Road intersects with all other arterial roads in the country such as Al Shamal Road, Dukhan Road, Salwa Road to Mesaieed Road. Therefore, residents of Doha and the eastern areas of the country are now able to use Doha Expressway to access all the external areas bypassing the centre of Doha. Residents of West Bay, Lusail and the surrounding areas can easily access Al Wakra and Al Wukair and vice versa using  Al Majd Road and the new Al Khor Road.

The new road also facilitates access to Mesaieed and Dukhan through its intersection with Al Majd Road.

Economic Facilities
Al Khor Road will serve a number of economic and vital facilities such as Rass Laffan, Lusail City, the Pearl and West Bay, all business and vital facilities and hotels. Furthermore, it will facilitate access to Al Daayen Services Complex and Lusail Reserves.