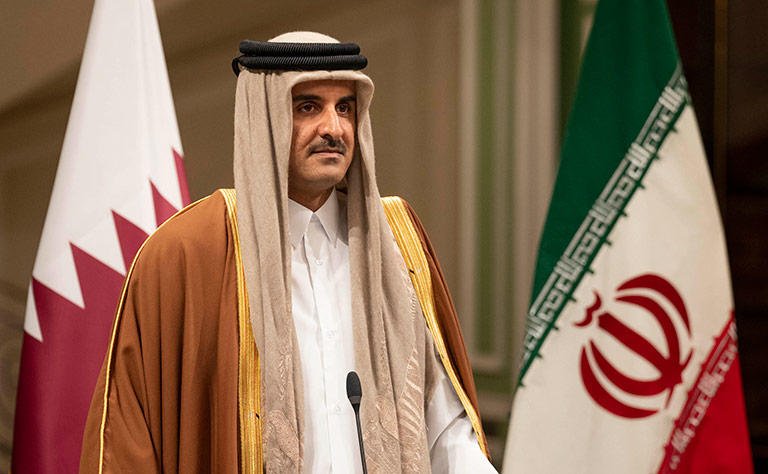 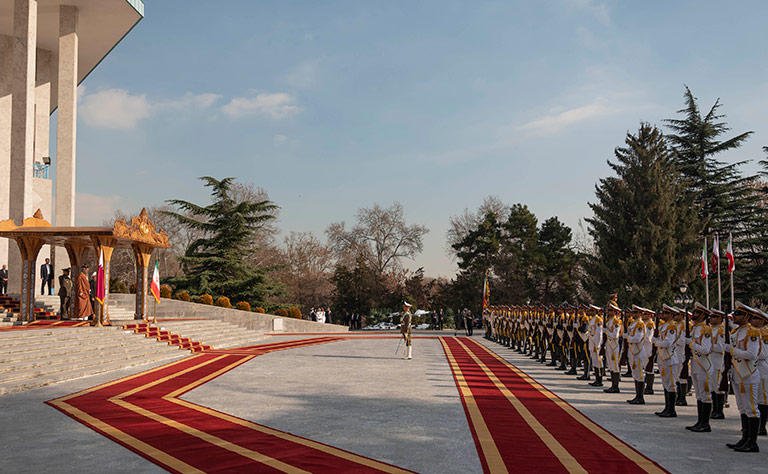 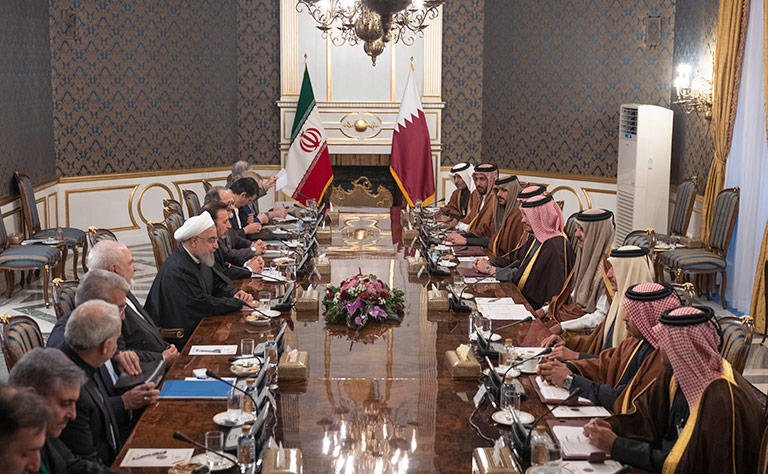 Qatar and Iran has announced today that both countries have decided to enhance their bilateral relations specially in areas of Economy, Trade, Investment and Tourism. Amir of State of Qatar Sheikh Tamim bin Hamad AlThani and Irani President Dr. Hassan Rouhani were addressing a press conference after their meeting on delegations level. During their discussions, they also talked on various regional and international issues. Both the leaders stressed on dialogue and said bilateral dialogues are the only solution to solve the conflict.

Amir of Qatar paid his gratitude to government of Iran on facilitating the space and marine routes to Qatar just immediately after the blockade  of Qatar.  Earlier, on arrival at Meharabad International Airport, Amir of Qatar and accompanying delegation was received by Reza Ardakanian, Minister of Energy of Iran.

President Dr. Hassan Rouhani received Amir of Qatar on arrival at the Republic Palace. National anthems of both the states were played. Amir of State of Qatar inspected the Guard of Honour.