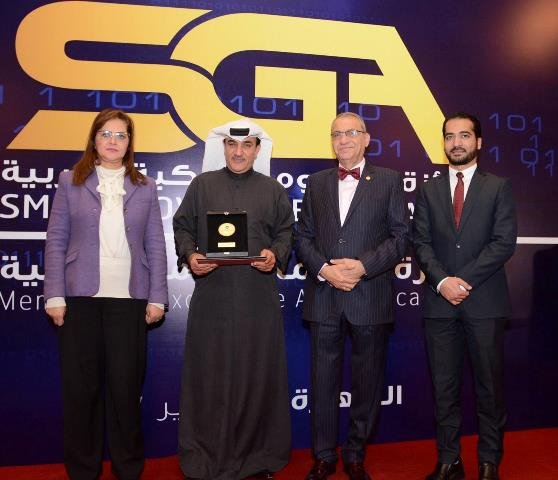 The Communications Regulatory Authority of Qatar (CRA) has won “Best Mobile App” for ICT sector, for its “Arsel” app which means ‘send’ in Arabic. The newly upgraded version of the app, which is compatible with both iOS and Android platforms, won the award at the 8th Smart Government Excellence Awards Ceremony held by Pan Arab Excellence Awards Academy on February 27, 2017 in Cairo, Egypt.

“CRA is constantly looking for ways to improve the experience of consumers in Qatar, and Arsel app is a key element of this, it provides a range of useful functionality to users, significantly increases transparency for all parties and the data collected through the app will help CRA to work effectively with the service providers to improve the quality of services across the country,” said Faisal Al-Shuaibi, CRA’s Official Spokesperson.

“The mobile app is a key part of CRA’s strategy of ensuring that people have the right tools and technology at their fingertips to contribute to CRA’s vision of making Qatar a smart, connected nation,” he added.

The app contains an extensive range of useful features such as an in-built complaints process, network status updates, speed testing and notifications. The app allows users to lodge complaints against the service providers using accurate location based information, follow up on their complaints, send relevant documents and receive updates. The app takes users through a detailed step by step telecom consumer complaints process.

Arsel also gives users the ability to check if there are any network coverage issues that have been reported in their area or all over Qatar and can filter by service provider. Additionally the speed test functionality allows users to check internet speed (Mobile/Wi-Fi) and report this directly to the CRA, the app also highlights factors that may affect user’s data speed. Users can also receive notifications and be up to date with all the latest information from the CRA.