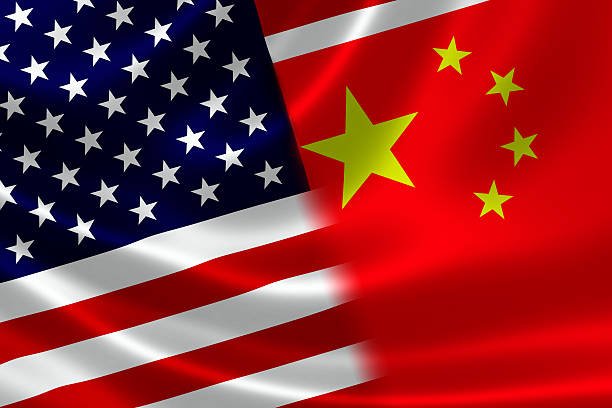 The USTR will determine “whether to investigate any of China’s laws, policies, practices, or actions” that “may be harming American intellectual property rights, innovation or technology development” under Section 301 of the Trade Act of 1974, according to the memorandum released Monday (local time) by the White House.

“We will engage in a thorough investigation and, if needed, take action to preserve the future of U.S. industry,” Lighthizer said on the same day.

Section 301, once heavily used in the 1980s and early 1990s, allows the U.S. president to unilaterally impose tariffs or other trade restrictions against foreign countries. But the United States has rarely used the trade tool since the WTO came into being.

As the United States has promised to use Section 301 in compliance with WTO rules, “the U.S. side should keep its promise and not become a destroyer of multilateral rules,” the MOC said in a statement, citing an unidentified spokesperson.

Since the historic meeting between the presidents of both countries in April, the two sides set up four high-level dialogue platforms, including the China-U.S. Comprehensive Economic Dialogue, and launched a 100-day cooperation plan and charted the course of economic cooperation in a year’s time, the statement said.

“The United States should treasure the current sound Sino-U.S. economic and trade ties and cooperation momentum. Any U.S. trade protectionism move will surely damage bilateral ties and the interests of companies from both countries,” it added.

“We hope that the USTR will respect facts and act with prudence,” the ministry said.

If the U.S. side fails to respect basic facts and multilateral trade rules, and takes measures that harm bilateral economic and trade relations, “China will definitely not sit by, but take all appropriate measures to resolutely safeguard its legitimate rights and interests,” it said.

In past few years, China has taken active measures in opening up and improving the business environment for foreign investment.

China has always attached great importance to intellectual property rights (IPRs) protection by improving legislation and enhancing administrative and judicial protection, and the progress and effects have been widely acknowledged, the MOC said.

Chinese courts at different levels concluded some 147,000 IPR cases in 2016, according to a work report from the Supreme People’s Court (SPC).

Michael Jordan sued Qiaodan Sports, a Chinese sportswear and shoe maker, for unauthorized use of his name and identity in 2012.

In December 2016, the SPC ruled in favor of Jordan, saying that the company’s use of Chinese characters translated from “Jordan” as a trademark violated Michael Jordan’s right to his name and broke the Trademark Law.

“Given the increasingly interwoven interests between China and the United States, a trade war will lead nowhere and neither side will win,” Hua said.

China stands ready to continue to work with the U.S. side and ensure the sound development of bilateral trade ties on the basis of mutual trust, equality and mutual benefit, she said.

It is not clear if or when Lighthizer will launch the Section 301 investigation into China’s IPR practices, but senior U.S. officials have said the United States will first consult with China if Lighthizer decides to go ahead.

In the short term, Moody’s does not expect any implications for China’s sovereign credit profile due to investigations by the United States in to whether China’s IPR practices undermine U.S. trade, it said Tuesday in a research note.

“We will review the implications of specific actions by the United States, if any are taken, and of potential responses by China,” according to Moody’s.

For now, Moody’s assumes that any action would be consistent with earlier WTO agreements, implying that the broad architecture of the U.S.-China trade relations would remain.

China’s GDP growth is largely dependent on domestic demand. As such, U.S. measures targeted at specific sectors are unlikely to have a material economy-wide impact, the note states.