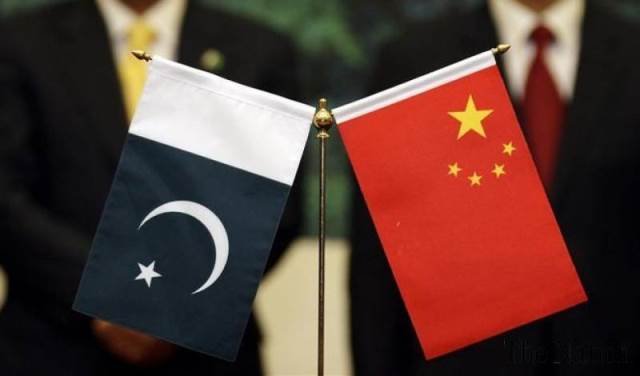 China General Nuclear Power Group is building two Hualong One nuclear stations in Karachi and will build another one in Argentina starting in 2020.This is the part of the world’s first AP1000 third-generation nuclear unit started fueling in east China’s Zhejiang Province, a much-awaited landmark in China’s actualization of the advanced technology, bringing the country a step closer to the mass-production and export of the third-generation nuclear facilities.

Permitted by National Nuclear Safety Administration of China, 157 fuel assemblies were loaded into the honeycomb core of the 1250 MW No.1 unit reactor of Sanmen Nuclear Power Station, marking the start of the plant’s trial run.

Qian Zhimin, Chairman of energy behemoth State Power Investment Corporation (SPIC), lead developer and contractor of the project, has vowed to put the unit into operation this year.

The Sanmen project is of great significance to China’s nuclear energy development.

The AP1000 is the world’s safest reactor technology for commercial purpose. It is designed to passively cool itself during an accidental shutdown, theoretically avoiding accidents like those at Ukraine’s Chernobyl Nuclear Power Plant and Japan’s Fukushima Daiichi Nuclear Power Plant.

If all goes well at the Sanmen facility, China could unleash a wave of approvals for new reactors. Bloomberg has reported that South Africa, India, Mexico, and the Czech Republic are among the countries that are considering the design, and are more likely to adopt it once China has taken the first, crucial step.

What is notable for China, over 55 % of the facilities are produced by domestic firms. More than 40 Chinese manufactures, including Dongfang Electric and China National Erzhong Group have broken technical bottlenecks to localize the production of key equipment such as pressure vessels, steam generators.

China National Nuclear Corp created the first fuel assembly line for AP1000 power plants, capable of supporting mass production of the fuel. These progresses have paved the way for further deployment of such facilities in China and around the world.

The introduction of China’s AP1000 arose from a larger ambition to make its own reactor from practicing and absorbing foreign technology.

With the culmination of 20,000 scientists and technicians from multiple state energy companies over ten years, China has now crystallized the CAP1400 (C = China) reactor design, an upgraded version of the AP1000 with a capacity scaled up to 1400 MW and a more stable and safer design. More importantly, China owns the intellectual property right of the CAP1400.

Currently, the engineering work is steadily making progress. SPIC has developed its indigenous simulated digital control system for the CAP1400 nuclear model, NuSIM, which simulates the normal operations and possible emergencies of a nuclear power station, and can be used to train future nuclear station operators.

According to SPIC, the company is building two CAP1400 reactors in a demonstration area located in Shidao Bay of Rongcheng City in east China’s Shandong Province. As much as 85% percent of equipment in the Rongcheng nuclear project will be made in China.

In May 2016, CAP1400 successfully passed the International Atomic Energy Agency’s (IAEA) Generic Reactor Safety Review, opening the door to exports and the deployment of the advanced reactor design.

SPIC has teamed up with 160 companies from both home and abroad to build a global supply chain of AP1000 and CAP1400 equipment, making it a powerful international marketer of such models.

China’s homegrown third-generation design, Hualong One, has already carved out a spot overseas, making China one of the a few countries to support research consultancy, big-volume construction, operation service support, as well as other related services.