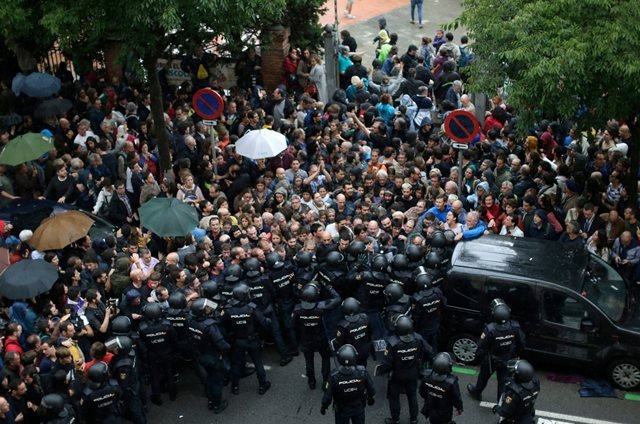 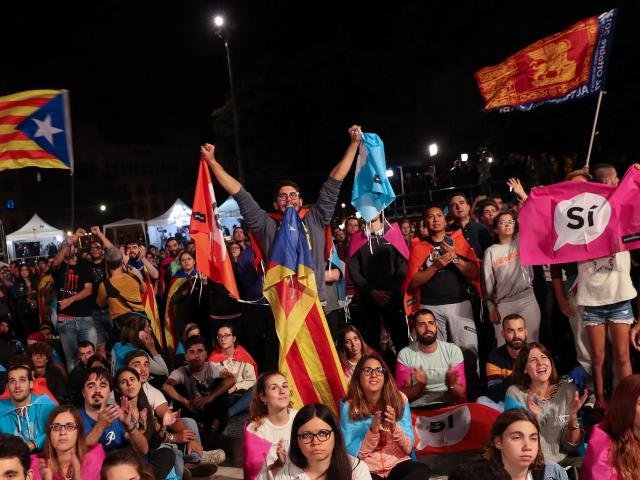 Catalonia’s referendum on independence is underway, as voters across the region cast their ballots on the question: “Do you want Catalonia to become an independent state in the form of a republic?”

Since polls opened at 07:00 GMT, there have been frequent confrontations between Spanish police forces and would-be Catalan voters.

More than 460 civilians and up to 12 security officials have sustained injuries as a result, according to Ada Colau, the Mayor of Barcelona, and the Spanish Ministry of the Interior.

On social media, the exchange of opinions on the referendum also mirrored the tension in the streets of Catalonia.

Reactions in Spain were divided, with officials from the central government and regional government offering different versions of events.

Juan Ignacio Zoido, Spain’s interior minister, praised the response of security officials as “proportional and professional” in a post containing a video showing a Spanish police officer providing a helping hand to a father and child near the Catalonian city of Girona.

However, Raül Romeva i Rueda, the Catalan government’s minister of foreign affairs, took a different view on events. He criticised Madrid’s response to the referendum, saying Catalonia would continue to push forward with the vote.

The Spanish Ministry of the Interior posted a video showing stones being thrown at the Spanish Civil Guard, declaring “violence against the police continues”.

Spain’s Civil Guard also posted a video showing clashes with members of the public, claiming officials were continuing to “resist harassment and provocations as they discharge their obligations proportionally in defence of the law”.

A number of individuals in Catalonia took to social media to contest the Spanish government’s claims of proportionality, claiming violence was being used by security officials to deter Catalans from exercising their opinion.

Natza Farre’s post, with images courtesy of Jordi Folch, showed police striking a number of civilians in the Guinardo district of Barcelona.

Charles Michel, Belgium’s prime minister, also spoke out against the use of force by Spanish police. He called on both parties to resolve their political differences through non-violent means.

Polls were scheduled to close at 18:00 GMT

As reported by INDEPENDENT, Catalonia has overwhelmingly voted for independence from Spain, with 90 per cent of over two million votes counted saying “yes”, the regional government has said.

The regional government spokesman, Jordi Turull, said 15,000 votes were still due to be counted and that total voting figures remain incomplete and provisional because a much larger number, an estimated 770,000, are either inaccessible or lost after some polling stations were closed and ballot boxes were seized by police.