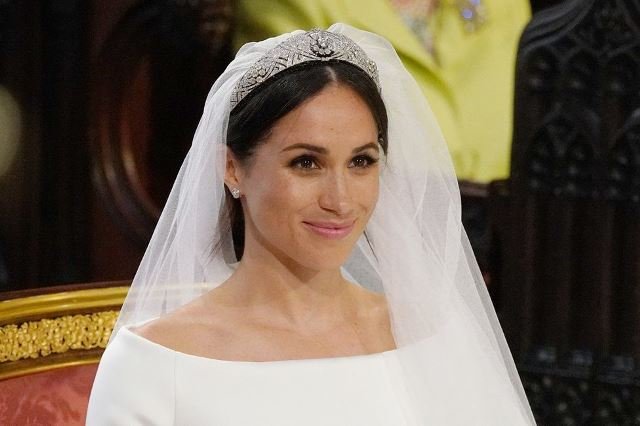 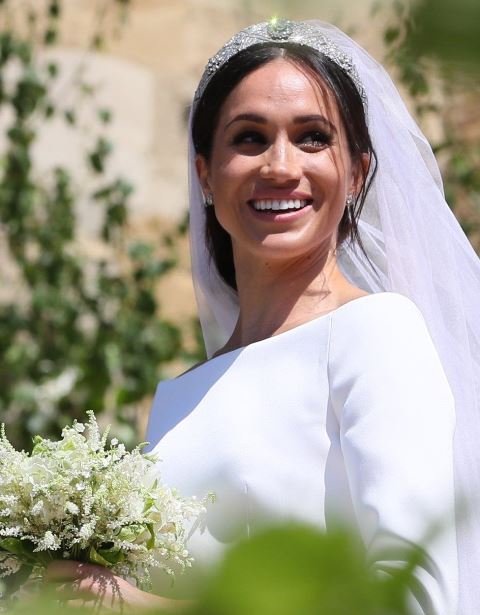 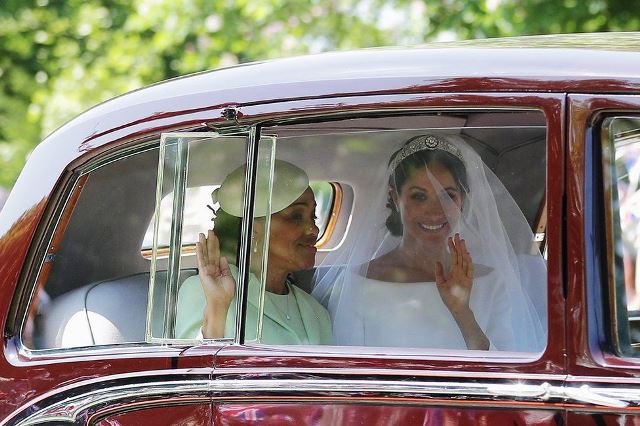 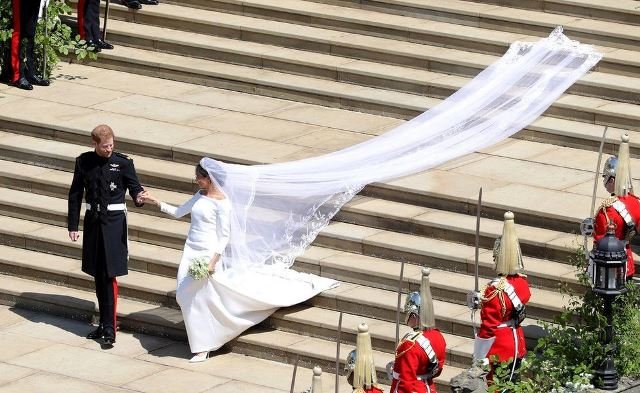 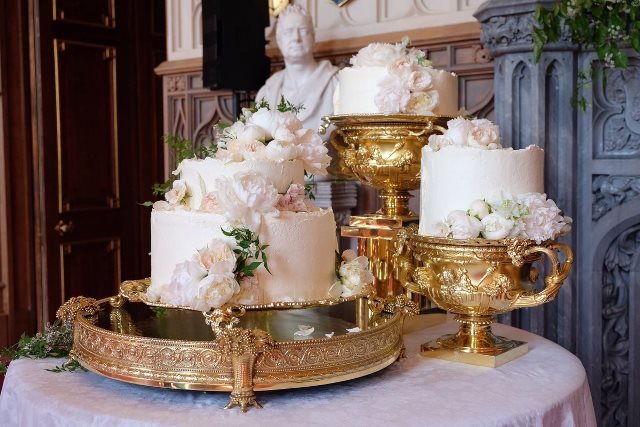 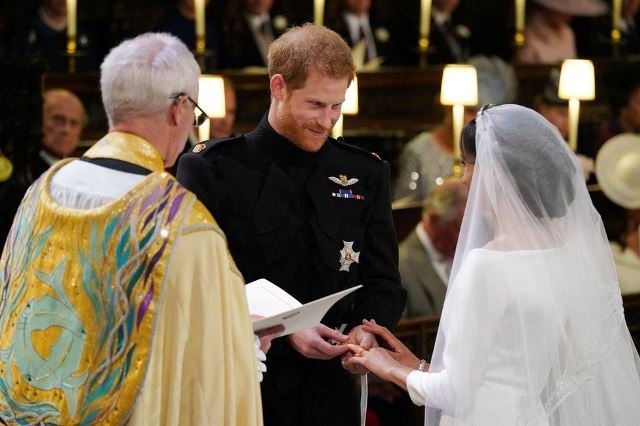 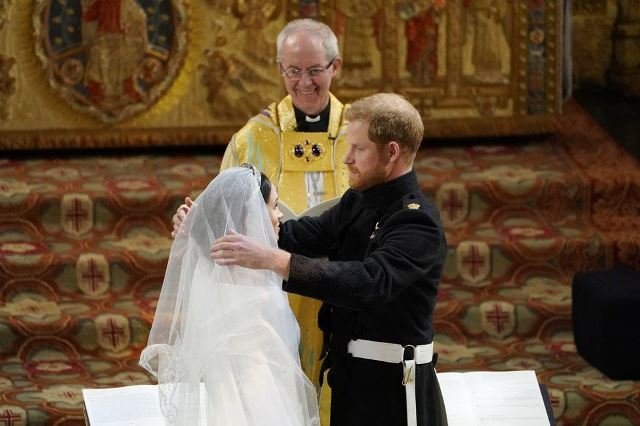 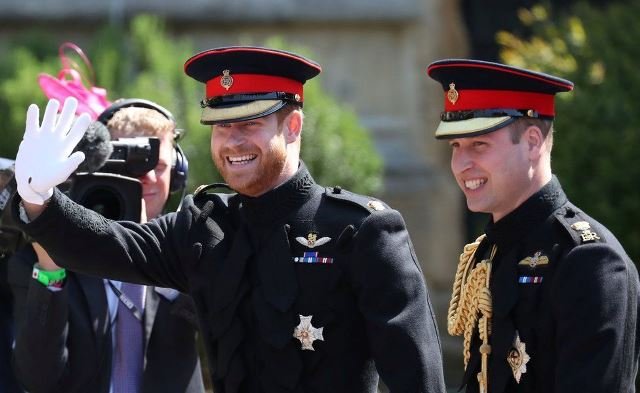 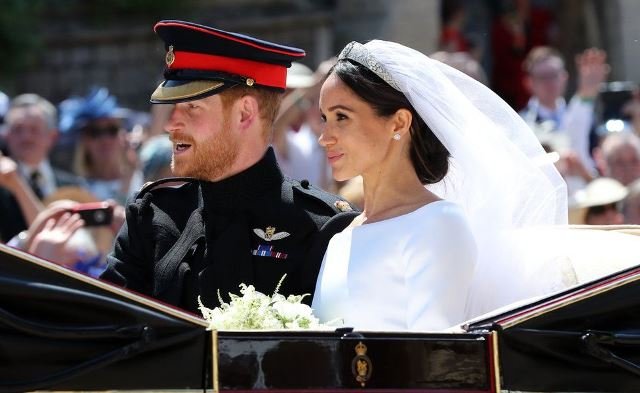 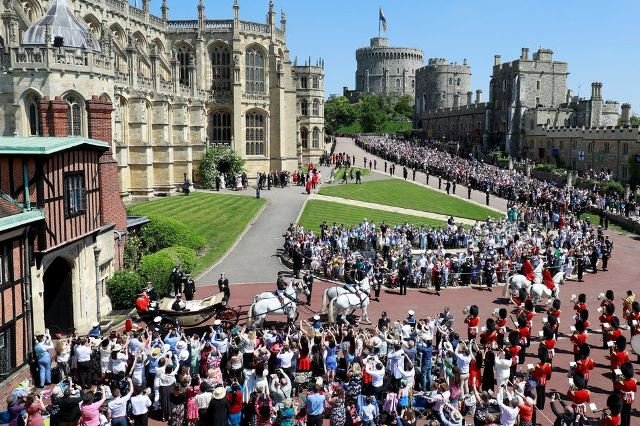 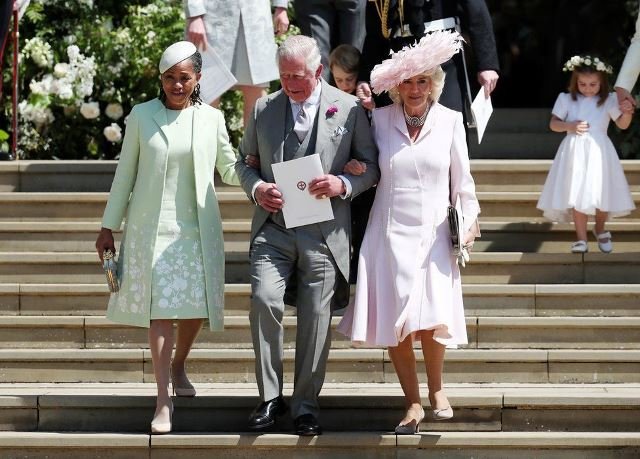 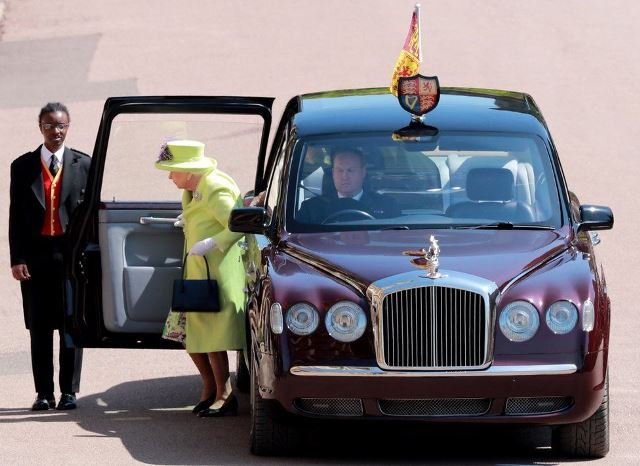 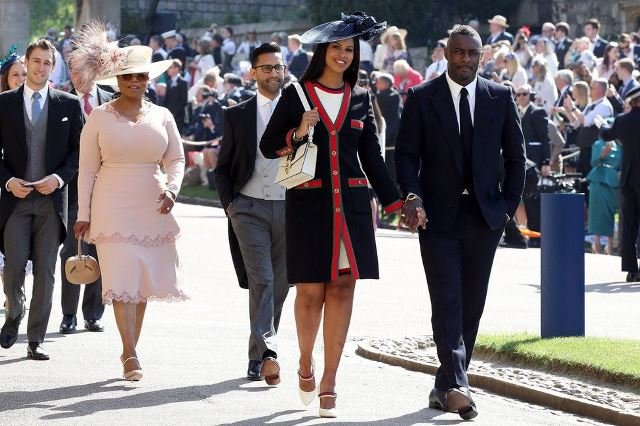 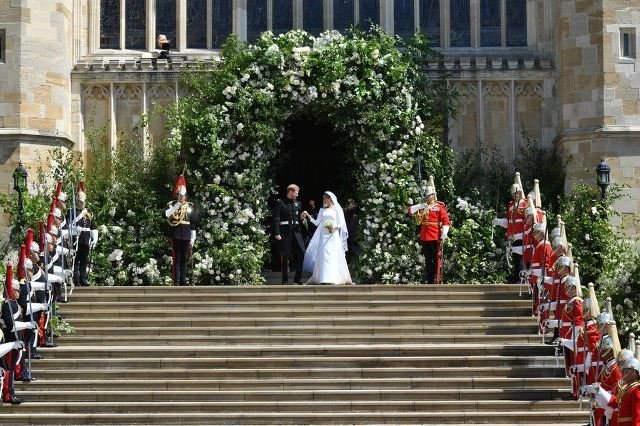 An emotional-looking prince and his smiling bride exchanged vows and rings before the Queen and 600 guests at St George’s Chapel.

At the altar, Prince Harry told her: “You look amazing.”

Now married, the couple will be known as the Duke and Duchess of Sussex.

The guests, many of them A-listers, included Oprah Winfrey, George and Amal Clooney, David and Victoria Beckham and Sir Elton John, who later performed at the wedding reception.

Most striking was a diamond bandeau tiara, loaned to her by the Queen, and a trailing five-metre silk veil embroidered with the flowers of each country in the Commonwealth.

Prince Harry and his brother and best man, the Duke of Cambridge, wore the frockcoat uniform of the Blues and Royals.

He was given special permission from the Queen to keep his short beard as it is customary to be clean-shaven when dressed in Army uniform.

Their 10 young bridesmaids and pageboys – including Prince George and Princess Charlotte – rose to the occasion.

However, the excitement became too much for one of the younger ones who started crying just before Ms Markle entered the chapel.

Prince Charles walked Ms. Markle down the aisle. after her father, Thomas, was unable to attend for health reasons.

He told th US celebrity website, TMZ: “My baby looks beautiful and she looks very happy.”

Ms Markle’s mother, Doria Ragland, stayed with her daughter overnight before accompanying her to the chapel.

Dressed in a pale green Oscar de la Renta dress, with a neat hat, an emotional-looking Ms Ragland sat alone on the bride’s side of the chapel for some time.

As the witnesses were called away to sign the register, Ms Ragland appeared to accept an outstretched hand from Prince Charles with some relief.

In her vows, Ms Markle did not promise to “obey” her husband, while the prince has broken with royal tradition by choosing to wear a wedding ring.

Prince Harry’s ring is a platinum band with a textured finish and Ms Markle’s has been made from a piece of Welsh gold.

Lady Jane Fellowes, the sister of Prince Harry’s late mother, Diana, Princess of Wales, gave a reading from the Song of Solomon.

Karen Gibson and The Kingdom Choir performed Ben E King’s soul classic Stand By Me during the service.

He was accompanied by musicians from the BBC National Orchestra of Wales, the English Chamber Orchestra and the Philharmonia.

The gospel choir also performed Etta James’ uplifting version of Amen/This Little Light of Mine as the newlyweds left the chapel.

After the service, the duke and duchess travelled through Windsor along a route lined by tens of thousands of well-wishers.

The Royal Borough of Windsor and Maidenhead said more than 100,000 people visited the town on Saturday.