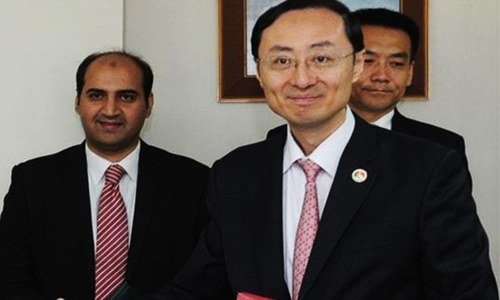 Chinese Ambassador to Pakistan Sun Weidong on Wednesday assured Pakistan that nothing new has been demanded of it with respect to the recently-adopted BRICS declaration against terrorist groups.

The leaders of the five emerging market powers — Brazil, Russia, India China and South Africa — named militant groups allegedly based in Pakistan, including the Haqqani Network, Jaish-e-Mohammad and Lashkar-i-Taiba, as a regional security concern for the first time on Monday and called for their patrons to be held to account.

“The BRICS declaration mentioned organisations which are already banned,” Weidong observed, adding, “There has been no change in Chinese policy regarding Pakistan.”

He also said that Foreign Minister Khawaja Asif’s upcoming visit to China expected to take place later this week is in the context of the BRICS declaration and the United States’ new Afghan and South Asia policy.