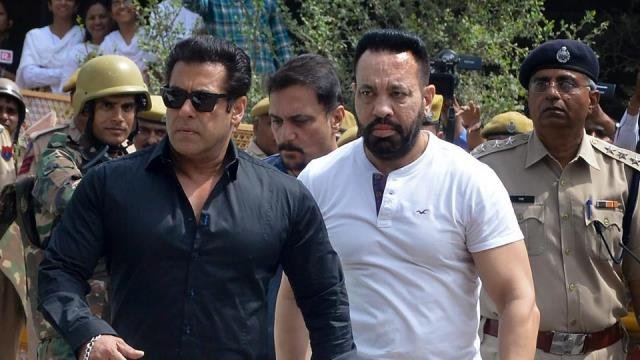 Actor Salman Khan was on Thursday sentenced to five years in jail and fined Rs 10, 000 after a Jodhpur court convicted him for killing two blackbucks, an endangered species, in a two-decade-old poaching case.

Fellow actors and co-accused Saif Ali Khan, Sonali Bendre, Tabu and Neelam Kothari were given the benefit of the doubt and acquitted along with Dushyant Singh, a resident from the area.

Salman was charged with killing the antelopes protected under the Wildlife Protection Act while shooting for the film ‘Hum Saath Saath Hain’ in 1998.

The trial began in Chief Judicial Magistrate’s court in May 2013. At least 28 witnesses from the prosecution side were produced for examination.

Final arguments in the case were completed in the trial court on March 28, after which Chief Judicial Magistrate Dev Kumar Khatri had reserved the judgment for Thursday.

Salman’s bail plea will come up in the Sessions Court on Friday.

Thursday’s conviction wasn’t Salman’s first brush with the law. In 2015, the Bombay high court overturned his conviction in a hit-and-run case. He was accused of running over a group of people sleeping on a sidewalk, killing one and injuring four.