Bahrain’s FM in About-Face over Turkish Base in Qatar 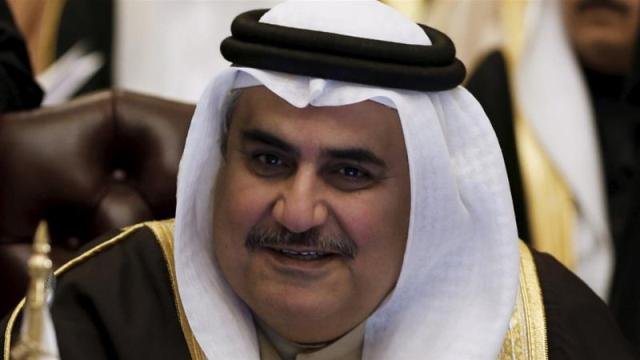 Just over two weeks after stating that Turkey’s military’s presence in Qatar has no relation to an ongoing Gulf crisis, Bahrain’s foreign minister appears to have performed a complete u-turn.

Sheikh Khalid bin Ahmed al-Khalifa on Monday accused Qatar of creating a “military escalation” in the regional diplomatic dispute, in an apparent reference to the long-planned deployment of Turkish troops in Qatar’s capital, Doha, in recent days.

“The disagreement with Qatar is a political and security dispute and has never been military,” the Bahraini foreign minister said on Twitter.

“But the deployment of foreign troops with their armoured vehicles is a military escalation for which Qatar will bear the consequences.”

Yet, these remarks contradicted previous statements made by Khalifa during a visit to Turkey in June 10, three days after Turkey’s parliament fast-tracked the approval of a 2016 agreement with Qatar that allowed troops to be deployed to a Turkish military base in the Gulf state.

“This base has been established … to protect the countries in the region from threats that might emerge. It has nothing to do what is going on between us and Qatar,” Khalifa said at the time during a joint press conference with his Turkish counterpart, according to Turkey’s state-run media.

For his part, Turkish Foreign Minister Mevlut Cavusoglu said in the news conference that no country in the Gulf region should regard the deal about Turkey’s base in Qatar as against itself.

He also stressed that the setting up of the base was aimed at contributing to the security and stability of all Gulf countries – a statement welcomed by Bahrain’s foreign minister.

[The Turkish foreign minister] stressed that this base has been set up in order to protect the security and stability of the GCC countries and will not be used against anyone,” Khalifa told reporters at the same press briefing. “We are pleased with this statement,” he added.

Doha, 25 June 2022 THE Embassy of Nepal and the Non-Resident ...
END_OF_DOCUMENT_TOKEN_TO_BE_REPLACED