Baghdad Summit Concludes, Stability of Iraq is Necessary for Stability in Region, Declaration 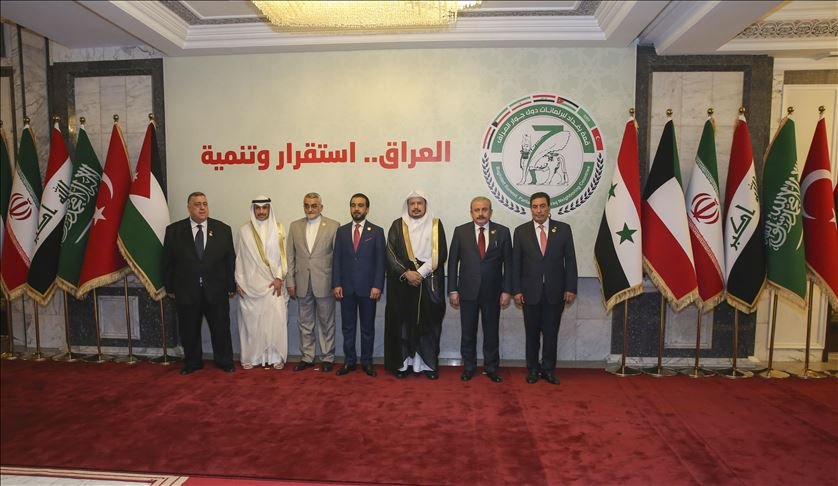 The Baghdad summit of parliaments of neighboring countries of Iraq on Saturday concluded with a final declaration stressing the stability of the country.

The summit was headed by Speaker of Iraq’s Council of Representatives, Mohammed al-Halbusi.

The summit of legislative Chiefs in Baghdad highlighted the importance of the stability of Iraq and the preservation of its territorial integrity and its social fabric, after its great victory over the terrorist ISIS.

“The stability of Iraq is necessary in the stability of the region and contributes its return with all its political and economic weight and creative human resources to its Arab and regional environment,” read the declaration.

The declaration emphasized “the importance of supporting moderation and combating extremism in all its forms, especially as it is the people of the region who pay the price of extremism.”

The declaration also drew attention that the support of neighboring countries was needed for the process of building, reconstruction and development in Iraq, and to encourage investment opportunities in various fields in order to enable displaced people to return to their cities.

It was also underlined that the participating countries should support the political process and democracy in Iraq.