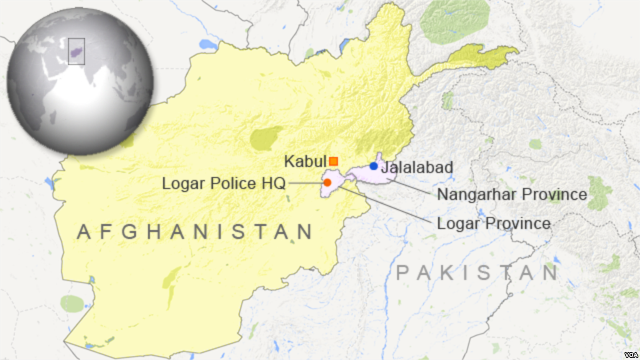 12 Afghan civilians including women and children killed on Wednesday in a US Air Strike blamed by Logar Provincial Council member Hasibullah Stanekzai.

US forces are the only foreign military conducting air raid in Afghanistan. The strike targeted two well-known Taliban commanders who at the time were hiding in a civilian house, Stanekzai said.

Mawlavi Ahmadullah, Taliban’s governor for Khoshi district in Logar, and a deputy commander of Taliban forces in the region, Qari Naqibullah, were killed in the raid, along with several other fighters.

A spokesman for the provincial governor, Mohammad Salim Saleh, spoke of “civilian casualties in a foreign forces air strike,” but provided no details.

US military spokesman John Ross said: “We are still not clear on what happened there. We are looking into it”.

It is the second air raid this week against Taliban forces that killed civilians, earlier on Monday 13 civilians were killed and seven wounded in Western Herat Province in US Forces strike.

According to the United Nations, the number of civilian casualties from US and Afghan air strikes in the first six months of 2017 increased by 43 percent compared to the same period in 2016.

US troop strength in Afghanistan has reached about 11,000 soldiers, exceeding the previous official level of 8,400 US forces, the Pentagon said.

The revelation was made in an effort by Defense Secretary James Mattis to promote transparency, Pentagon spokeswoman Dana White said.

President Donald Trump last week announced an expansion of US forces to hike operations against armed groups and to train and advise Afghan government security forces.

The undetermined troop increase is to be added to the existing 11,000.

Washington’s involvement in Afghanistan since late 2001 is the longest war in US history.

20 January 2022 By Ashraf Siddiqui More than 7,000 books of different ...
END_OF_DOCUMENT_TOKEN_TO_BE_REPLACED