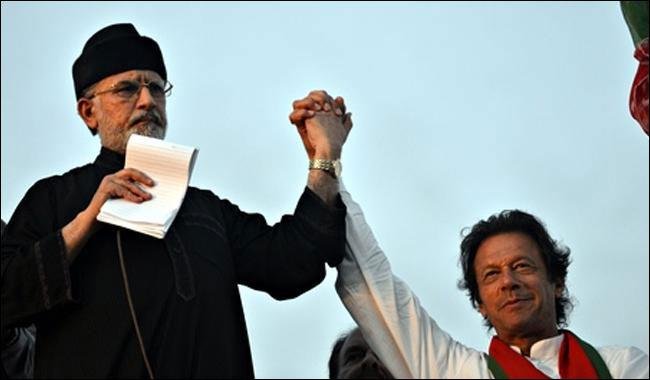 The court had declared Imran and Qadri as absconders in a case relating to the attack on SSP Asmatullah Junejo, destroying properties in the Red Zone and attacking State TV building during dharna in 2014. The court had also issued non-bailable arrest warrants for both Imran Khan and Tahir-ul-Qadri.

The ATC issued notices to police and the Revenue Department to seize properties of the two “absconders”.

As per the anti-terrorism provisions, a case was registered against Imran and Dr Tahir-ul-Qadri, who were leading the protest movement against the Sharif-led government.

The provision of anti-terrorism due on which the case was registered were assault on a uniformed officer and interference in the government’s operations.

The dharna protests featured many clashes as PTI and PAT loyalists staged a sit-in protest outside the parliament against Prime Minister Nawaz Sharif for allegedly rigging the 2013 general elections.

PTI had called off its protest after the Army Public School Massacre on 16 December, 2016 as a mark of respect for the children slain and for solidarity with the government in a time of crisis.