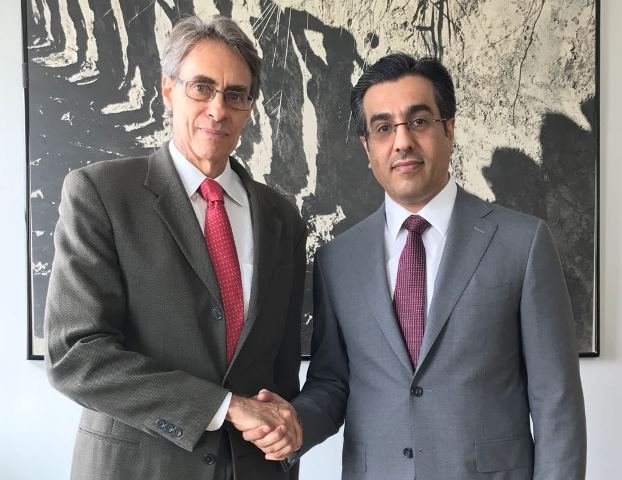 Human Rights Watch noted in a report released today that the siege imposed on the State of Qatar by the UAE, Bahrain and Saudi Arabia has resulted in gross human rights violations, including violations of the right to freedom of expression, right to reunification of families, right to health care, Food and water, pointing out that the researchers documented 50 cases of violations reported by citizens from Qatar, Bahrain and Saudi Arabia, and more than 70 foreign expatriates living in Qatar whose rights have been violated because of the measures and policies imposed on Qatar since June 5, adding that there are 11,327 Gulf citizens living in the state of Qatar and about 1927 Qatari nationals lived in other Gulf countries as announced by Qatar National Human Rights Committee.

The report of the organization coincided with the meeting of Dr. Ali bin Smaikh Al-Marri, NHRC chairman the Executive Director of Human Rights Watch in New York. During the meeting, Al-Marri stressed the importance of role played by the Human Rights watch during the siege crisis. He appreciated the visit of its delegation to Doha and interviews with the victims of the siege for four consecutive days at the headquarters of the Committee, pointing out that these interviews conducted by Human Rights Watch and Amnesty International are considered a proof in response to the credibility of the violations observed by the National Human Rights Committee since the beginning of the crisis. During the meeting, Dr. Al-Marri called on the international public opinion to lift the siege on the State of Qatar and compensate those affected by it. Al Marri thanked Human Rights Watch for their professional work and transparency during the crisis.

“The political conflicts waged by the Gulf rulers violate the rights of the people of the region who live their lives peacefully and care for their families,” said Sarah Leah Whitson, Middle East director at Human Rights Watch, in the report: “Hundreds of Saudis, Bahrainis and Emiratis face a difficult choice: to ignore the decisions of their counties Or leave their families and jobs. ”

Whitson reviewed a range of cases interviewed by the Human Rights Watch researchers and said: one of the victims is a child who was missed brain operation after it was scheduled, some Gulf citizens confirmed to Human Rights Watch that there were parents forcibly separated from their young children, a lot of husbands were departed from their wives, and family members prevented from visiting their sick or elderly parents. As well as some family members of a Saudi man who died in Qatar were prevented from entering Qatar to bury his body.

Article 26 of the Arab Charter on Human Rights (the Arab Charter), ratified by Saudi Arabia, Bahrain and the United Arab Emirates, prohibits the arbitrary expulsion of foreigners and any collective expulsion.

On the violation of family reunification, Human Rights Watch has been guided by the report of the National Human Rights Committee issued on July 1, stating that 8,254 Saudis, 2,349 Bahrainis, 784 Emiratis were living in Qatar before the crisis and 1927 Qataris were living in these countries. The report said the committee had received 480 family separation cases since June 5.