Analysis : Is Saudi Arabia Ready To Restore Ties With Turkey and Qatar? 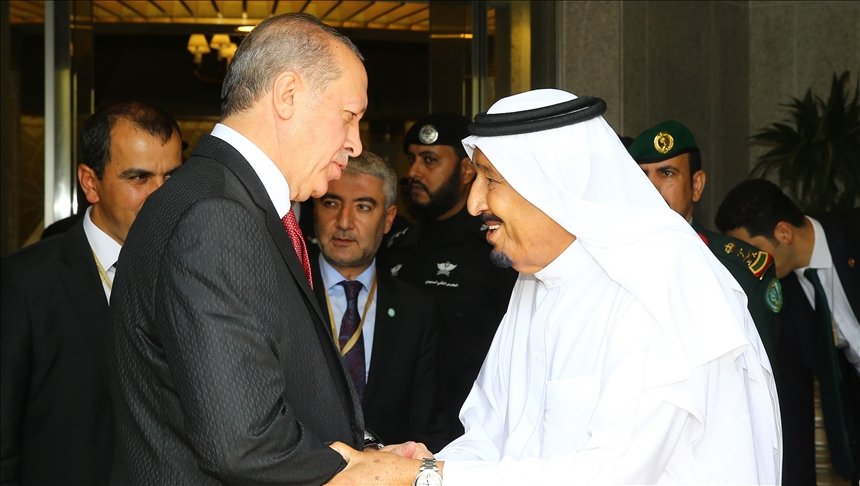 This prompted suggestions that Saudi Arabia could finally normalize relations with Turkey and Qatar after tensions developed following the 2017 Gulf diplomatic crisis, where Saudi Arabia and other blockading states cut ties with Qatar. Animosity also grew towards Turkey for siding with their Gulf Cooperation Council (GCC) rival.

Saudi Arabia’s conciliatory comments came following Joe Biden’s victory in the United States presidential elections, leaving Riyadh pressured to reform its foreign policy. During his presidential campaign, Biden pledged to “reassess” ties with Riyadh, particularly over the Saudi-sanctioned murder of Washington Post columnist Jamal Khashoggi in the Saudi Consulate in Istanbul in October 2018, along with the Saudi-led war on Yemen.

With potential pressure from Washington on Riyadh, Saudi Arabia could change its bellicose foreign policy stance which Crown Prince Mohammad bin Salman (MbS) has driven. Though MbS is currently next-in-line for the Saudi throne, he has seized absolute power domestically and is the primary catalyst of Riyadh’s position on Turkey.

However, King Salman called Erdogan the day before the Riyadh-hosted G20 summit on Nov. 21 and 22. Both leaders agreed on “keeping channels of dialogue open”.

Although both Riyadh and Ankara previously enjoyed better relations and cooperated on regional issues, with both, for example, aiding the Syrian opposition against Bashar al-Assad in Syria’s civil war, this has shifted under MbS’s auspices.

Asides from Turkey siding with Qatar in the GCC crisis, the revelation of Khashoggi’s murder dealt a swift blow to MbS’s PR campaign to present the kingdom as “reformist” and “progressive”, and Riyadh largely blamed Ankara for raising awareness of MbS’s role in Khashoggi’s killing. In November, Turkey continued the trial of 20 Saudi Arabian officials, who are not living in Turkey, over the killing of Khashoggi.

Amid this growing enmity, Saudi Arabia has also taken opposite sides to Turkey in regional conflicts. It shifted its Syria policy since late 2018, seeking to normalize Assad’s regime while Turkey continued backing opposition forces. Meanwhile, in Libya, Riyadh aided warlord Khalifa Haftar, while Ankara has intervened militarily to assist the internationally recognized Government of National Accord (GNA).

Even though the latest communication was a positive sign, Turkey may still feel skeptical of Saudi Arabia’s shift, given Riyadh’s past antagonistic approach. “The phone call [between Salman and Erdogan] didn’t turn a new page,” said one Turkish official. “We have to see where it will go.” However, since Turkey was receptive to King Salman’s phone call, Ankara is more willing to restore ties with Riyadh.

Similarly, it may be too soon to assume Saudi Arabia could repair relations with Qatar. Though the Saudi foreign minister claimed he was receptive towards rebuilding ties, he added that this depends on negotiations addressing “security concerns”.

The blockading countries issued Qatar 13 demands to meet, including shuttering media outlets like Al Jazeera, ending ties with Iran, downscaling military cooperation with Turkey, and severing ties to “terrorist groups”. Qatar rejected the accusations, however, and tensions within the Gulf Cooperation Council (GCC) have continued.

Saudi Arabia has shown more willingness to engage with Qatar, including reported backchannel communication in late 2019. However, tolerance from Donald Trump’s administration of Saudi Arabia’s efforts and MbS’ actions have prolonged the crisis.

Biden’s upcoming presidency could force Riyadh into a more pragmatic foreign policy and undermine MbS’ vision, and MbS could certainly look to appease Biden by ending the Gulf crisis. But this hinges on Biden upholding his pre-election promises.

It is currently therefore too premature to know whether restoration of ties between Riyadh and Doha and Ankara is plausible, though Washington reigning in on MbS would be a decisive factor.

However, Riyadh would also face pressure from the UAE, which may try to spoil any reunification with Qatar and Turkey. It was Crown Prince Mohammad bin Zayed (MbZ) who lobbied Washington to back MbS’ ascension to Crown Prince.

Abu Dhabi is still hostile to both Doha and Ankara. Despite Saudi Arabia’s recent receptivity towards ending the Gulf crisis, the Emirati Ambassador to the US Youssef Al Otaiba recently told Israeli outlet Channel 12, “I don’t think it gets resolved anytime soon simply because I don’t think there has been any introspection.” Al Otaiba also accused Qatar of “playing the victim”.

The UAE would oppose any reunification with Qatar, fearing Doha’s independent foreign policy could threaten its own hegemonic vision in the Middle East and North Africa. The UAE’s enmity towards Turkey has also shown no indication of ending, after Abu Dhabi has opposed Ankara’s regional foreign policy in Libya and Syria, even more proactively than Riyadh.

Abu Dhabi could therefore aim to sway Riyadh and block attempts to restore ties with Ankara and Doha. And it would have the freedom to do this. Though Biden harshly criticized Saudi Arabia in his presidential campaign, he was comparatively silent over the UAE. Abu Dhabi’s normalization with Israel last summer, of which Biden approved, gave the misconception that the deal prevents Israel’s annexation of the West Bank.

*The writer is a researcher and journalist focusing on conflict and geopolitics in the Middle East and North Africa, primarily related to the Gulf region.