TRNC : “We Intend To Find A Solution In The Light Of The Facts In Cyprus”, Tatar 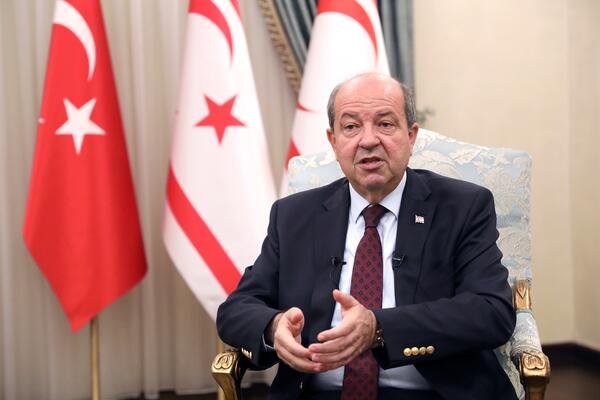 President of the Turkish Republic of Northern Cyprus, Ersin Tatar has said that they intend to find a solution in the light of the realities existing in Cyprus.

He was addressing at the opening ceremony of the Grand Library and Culture, Congress and Exhibition Center of University of Girne.

He said that “It is out of the question for us to be under the domination of others, We are in favour of a two-state solution based on sovereign equality in Cyprus with a new political understanding.

He said that we demand an agreement in which we will claim our own state on the basis of sovereign equality. Why is that? Because we have successes, we have achieved things as a people, we have our investments and we have our youth. We do not want to be prevented by isolation and restrictions, he added.

He said that We will continue to work for our country. Addressing the United Nations, world states, the European Union and Greek Cypriot side, Tatar said, “We are one of the two communities in Cyprus. It is our most natural right to claim our own state”.