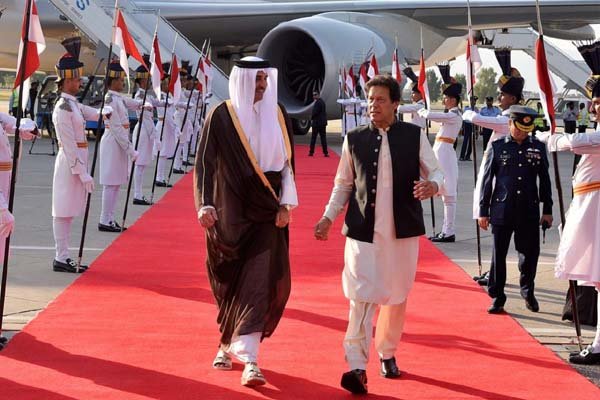 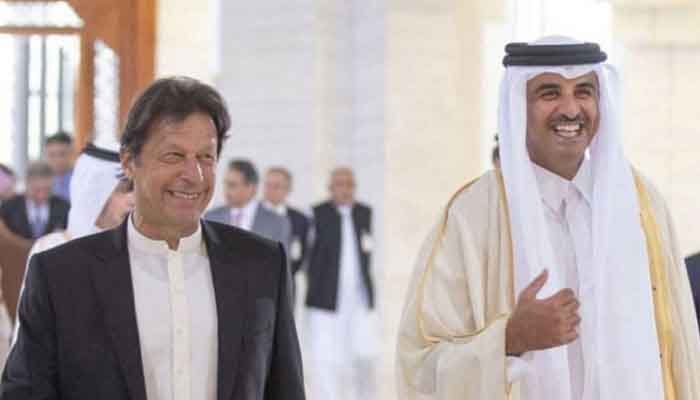 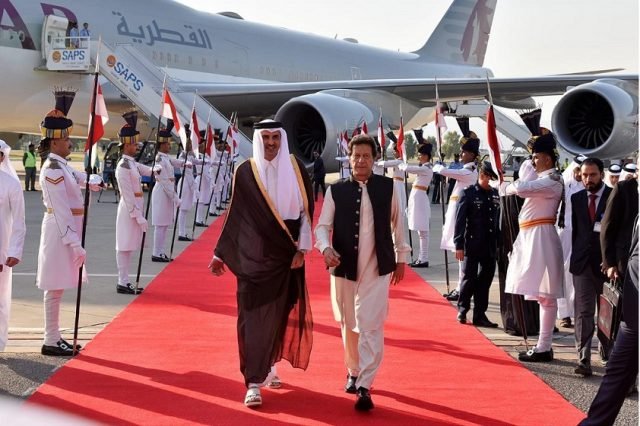 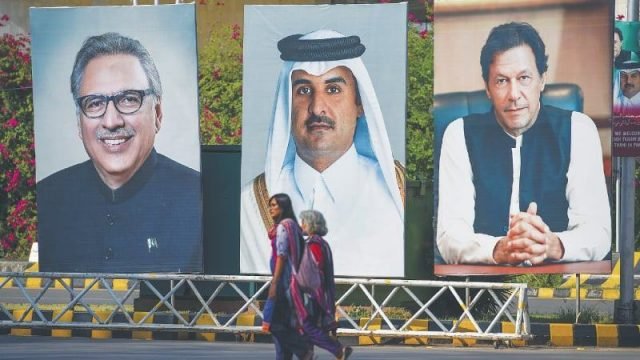 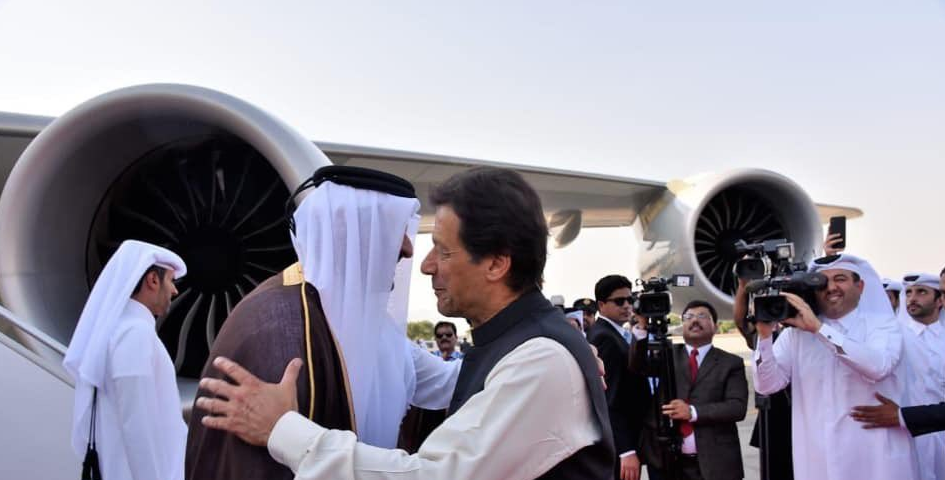 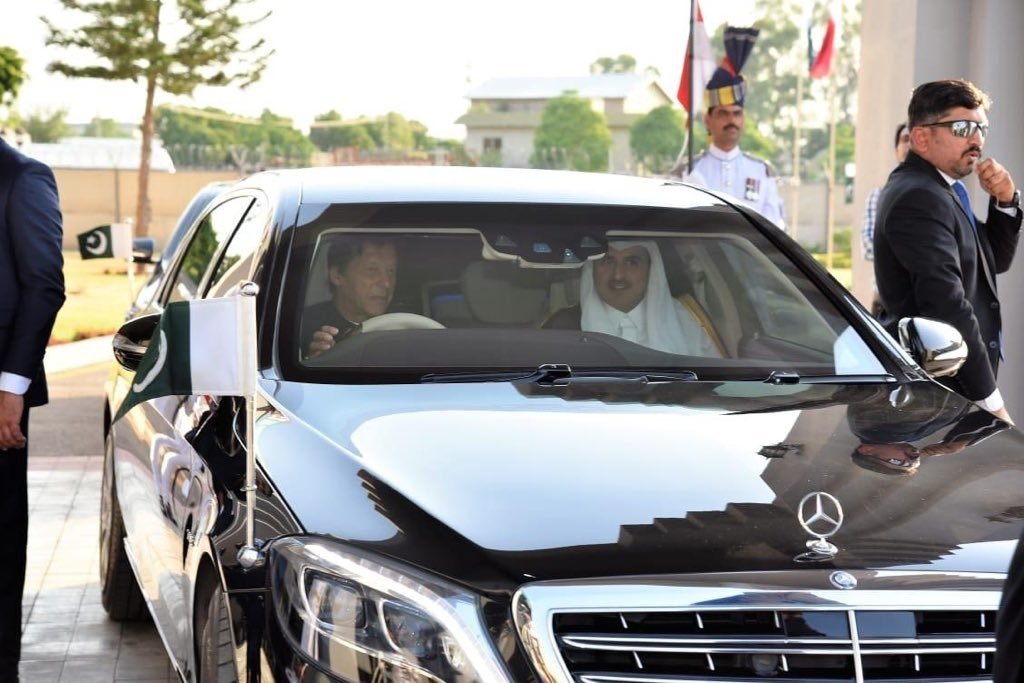 Pakistan and Qatar signed three MoUs on Saturday in the fields of trade, investment, tourism and financial intelligence, Radio Pakistan reported.  The MoUs were signed a few hours after Emir of Qatar Sheikh Tamim bin Hamad Al-Thani arrived in Islamabad on a two-day official visit.

Adviser to the PM on Commerce Abdul Razak Dawood and Qatar Finance Minister Ali Shareef Al-Emadi signed an MoU for the establishment of the Pakistan-Qatar joint working group on trade and investment.

Another MoU was signed for cooperation in the field of exchange of financial intelligence, anti-money laundering and to stop terror financing. Prime Minister Imran Khan and Qatar’s Emir Sheikh Tamim bin Hamad Al-Thani were also present when the officials from both countries signed the MoUs.

Amir of State of Qatar Sheikh Tamim bin Hamad Al Thani on Saturday was accorded a very warm welcome upon his arrival on a two-day visit to Pakistan.

National anthems of the two countries were played and a smartly turned out contingent of the armed forces of Pakistan presented a guard of honour. Amir of Qatar Sheikh Tamim bin Hamad Al Thani reviewed the guard of honour.

The Prime Minister introduced him to the federal cabinet members and also welcomed the delegation accompanying the Amir of Qatar.

Amir of Qatar also planted a sapling in the Prime Minister House and also viewed a fly past by JF-17 Thunder aircrafts. Amir of the State of Qatar Sheikh Tamim bin Hamad Al Thani is visiting Pakistan on the invitation of Prime Minister Imran Khan.

A high level delegation comprising key ministers and senior officials are accompanying the Amir of Qatar. Ministry of Foreign Affairs of Pakistan has earlier announced “The visit of His Highness Sheikh Tamim bin Hamad Al Thani is expected to further strengthen the close fraternal ties between Pakistan and Qatar and deepen bilateral cooperation in diverse fields,” it added.

Earlier, in a post on Instagram, Prime Minister Khan claimed the Qatari emir would announce an investment of around $22 billion. This would be greater than the investment promised. by Saudi Crown Prince Muhammad bin Salman earlier this year.

Sheikh Tamim bin Hamad Al Thani had earlier visited Pakistan in March 2015. He will hold talks with the Prime Minister and with President of Pakistan, Arif Alvi.

Following the tête-à-tête between the two leaders, a delegation-level meeting was held between representatives from both countries in which “both the leaders covered the entire gamut of bilateral relations to enhance cooperation in diverse fields”, according to a statement by the Prime Minister’s Office.

Intelligence-base operations are being launched in the capital as part of security measures ahead of the arrival of Amir of Qatar according to daily Dawn.

The operations are being conducted jointly by the teams of armed forces, the Counter Terrorism Force of Capital and the capital police, a senior police officer stated, adding that in this regard intelligence wings of the forces, CTF and police’s special branch mount vigilance all over the capital, especially rural areas, to collect information.

Two units of Rangers along with the capital police would perform security duties during the visit of the Qatari emir, they said, adding that the Red Zone would be partially sealed during the period for strictly restricting the entry of the unconcern persons.

In this regard different roads leading towards the Red Zone would be closed to the general public, the officials said, adding that eight police pickets in and around the Red Zone were also strengthened by deploying more security personnel.

Vigilance would be mounted at the Margalla Hills by deploying personnel of the police and paramilitary troops, they stated, adding that two trails of the hills falling in the area of Red Zone were closed for two days.