Pakistan: A Mortal Blow to Nawaz OR a New Mountain to Climb? 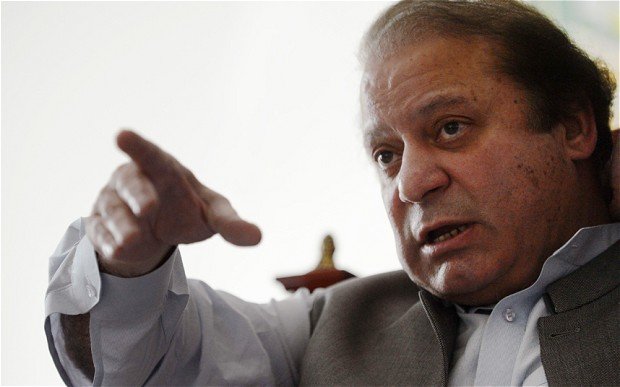 The Supreme Court on Friday shut the doors of parliament permanently on the politicians disqualified under Article 62(1)(f) of the Constitution by ruling that such ineligibility is for life, dashing the possibility of former prime minister Nawaz Sharif running for re-election after being disqualified over graft allegations last year.

The same argument will apply to Pakistan Tehreek-i-Insaf leader and former member of the National Assembly Jahangir Khan Tareen, who had been declared disqualified under the same Article 62(1)(f) of the Constitution by the apex court in December last year.

Former prime minister Nawaz Sharif while reacting to the judgement said, “I was expecting such a verdict from the Supreme Court because I am their sole target.”

Speaking to the ruling party workers at his Jati Umra residence, the supreme leader of the PML-N said such decisions would not deprive the people of their leadership. He urged party workers to be patient and continue to work towards a historic victory in the 2018 general elections.

The judgement, which had been reserved on Feb 14, was pronounced by Justice Bandial in the Courtroom No 1 of the Supreme Court after the chief justice observed that since Justice Bandial had authored the 54-page verdict, he would announce it.

Justice Bandial read out the operative part by holding that the incapacity created for failing to meet the qualification under the provision imposes a permanent bar that remains in effect so long as the declaratory judgement supporting the conclusion of one of the delinquent kinds of conduct under Article 62(1)(f) remains in effect.

Justice Saeed, in his six-page additional note, did not agree with the reasoning employed in its entirety though he concurred with the conclusion.

The restriction imposed by Article 62(1)(f) of the Constitution for a candidate for election to parliament served the public need and public interest for honest, upright, truthful, trustworthy and prudent elected representatives, wrote Justice Bandial.

The judicial mechanism under Article 62(1)(f) grants a fair opportunity and adequate remedy for relief to a candidate under challenge to vindicate him. Therefore, permanent incapacity of a candidate for election under this provision is not an arbitrary, excessive or unreasonable curtailment of his fundamental rights under Article 17(2) of the Constitution.

The judgement, however, drew mixed response from the legal fraternity as a member of the Pakistan Bar Council, Raheel Kamran Sheikh, observed that the interpretation of the article done by the court was unusually harsh and penal. “If parliamentarians do not wake up even now to the potential dangers of the power embodied in Article 62 and fail to suitably amend the same, the courts will continue to enforce their subjective standards of morality and ban them for life one after another even if their alleged mischief is not culpable enough to be labelled as a crime,” cautioned the PBC member.

Advocate Kamran regretted that the judgement reinforced the fact that Pakistan was a theocratic state.

However, senior counsel Chaudhry Faisal Hussain termed the interpretation “most accurate” citing that the court kept itself out of the Constitution by giving the parliament a chance to provide the missing time frame and cover the gaps by following due process.

Justice Bandial observed the introduction of Islamic provisions in Article 62 of the Constitution in 1985 was retained by the 18th Amendment in clauses “d, e and f” of Article 62.

The clauses carry Quranic qualifications under Islamic law for establishing eligibility to hold public office of trust or authority, laying down conditions for election to parliament such as good character, observance of Islamic injunctions, knowledge of Islamic teachings and abstention from major sins.

These conditions are subjective and under Article 62(2) of the Constitution obligate only the Muslim candidates for election to parliament. As these provisions do not prescribe objective standards of conduct, only the cases of blatant deviation from commonly recognised and accepted standards of Islamic norms can form the subject matter of such restraints. But Article 62(1)(f) imposes Islamic ethical conditions for eligibility of a candidate for election to parliament by making it applicable to both Muslims as well as non-Muslim candidates for parliamentary membership.

In Pakistan, the verdict observed, parliamentarians held leadership roles for the people and constituted the political and ruling elite in society. According to the preamble of the Constitution, these persons are representatives of the people of Pakistan to whom the former are ultimately responsible as fiduciaries. The qualities of sagacity, righteousness, honesty and trustworthiness laid down in Article 62(1)(f) of the Constitution as qualifications for membership to the elected house are actually derived from the Sunnah of the Holy Prophet Muhammad (peace be upon him), the verdict emphasised.

After the 18th Amendment, the judgement recalled an adverse declaration by a court of law against a candidate was necessary to oust him from an election. Thus, the prescription by the 18th amendment of an adverse judicial declaration to precipitate the ineligibility of a candidate for election has provided a lawful, transparent and fair mechanism to a candidate.

The judgement also cited the 2013 Abdul Ghafoor Lehri case in which the apex court had held that a false declaration made in the nomination papers by a candidate about his academic qualification led to a permanent embargo on the candidature for election. This is because Article 62 did not provide any period for which a person would stand debarred from contesting elections and therefore the appellant before the court could not become qualified merely by efflux of time.

To the same effect is the judgement in Mohammad Khan Junejo case wherein a deficiency in qualification under Article 62(1)(f) led to a permanent disqualification. Thus it is clear from the findings recorded in these judgements that the ineligibility of a candidate for election in Article 62(1)(f) is the basis for holding his incapacity to be incurable by efflux of time.

The decision also compared the case of an ex-convict under Article 63(1)(h) of the Constitution with the one convict under Article 62(1)(f), because the latter had not paid a personal price for his delinquent act. It is in such circumstances that a person declared to be dishonest or in breach of his trust or fiduciary duty or being non-righteous or profligate must suffer the burden of that finding of incapacity for as long as the court decree remains in force.

The judgement elaborated said the retributive justice entailed several serious consequences apart from deprivation of personal liberty of the convict. Such a convict in fact suffered a loss of life by being immobilised, endured loss of his livelihood, watched disruption and hurt to his family and lived with the lasting stigma of conviction on his reputation. It was, therefore, said a corporal punishment had “paid his dues to society”. Even after his release from jail, the judgement said, the convict faced many daunting challenges for rehabilitating himself in society as a responsible, productive and acceptable member. It was in this context that one should look at the disqualification under Article 63(1)(h) of the Constitution for a limited period of five years imposed upon a convict after his release from jail, the verdict added.

However, a candidate for election who had committed misconduct falling within the terms of Article 62(1) (f), in particular, misrepresentation, dishonesty, breach of trust, fraud, cheating, lack of fiduciary duty, conflict of interest, deception, dishonest misappropriation, declared by a court of civil jurisdiction as per Islamic and also universal criteria of honesty, integrity and probity, rendered himself unfit to hold public office, the judgement said.