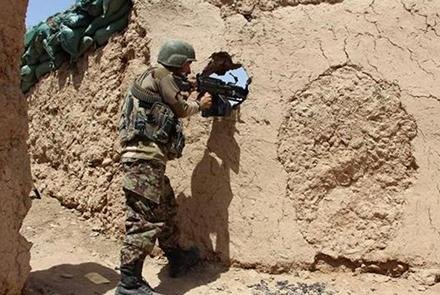 Nearly 40 soldiers of the Afghan National Army (ANA) forces have lost their lives in an attack by the Taliban insurgents in southern Kandahar province of Afghanistan.

According to the local government officials, the incident took place late on Tuesday night in the vicinity of Khakriz district.

A local official speaking on the condition of anonymity confirmed the attack was carried out on a base of the Afghan army forces.

The official further added that 40 Afghan soldiers lost their lives and 30 others were wounded in the attack.

In the meantime, the Ministry of Defense of Afghanistan, confirmed the attack however it did not confirm the casualties toll as described by the local officials.

The Ministry of Defense said at least 26 soldiers lost their lives in the attack and more than 10 others were wounded.

The Taliban insurgents claimed responsibility behind the attack and claimed that scores of soldiers were killed or wounded.

Kandahar has been among the relatively calm provinces in southern Afghanistan during the recent years but the security situation of the province, particularly, the remote districts have started to deteriorate during the recent months and after the Taliban militants increased their focus on key southern provinces after they launched their spring offensive in April this year.