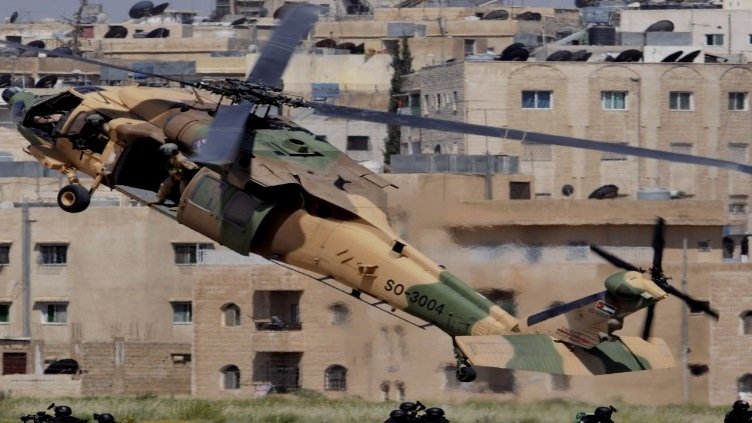 The event, which was announced by the US Embassy in Jordan on 23 July, involved the delivery of helicopters to Jordan aboard a US Air Force (USAF) Boeing C-17 Globemaster III strategic airlifter. The two additional UH-60M-standard platforms are part of a wider batch of 12 such helicopters that are to be delivered to the kingdom by October.

The build-up of the RJAF’s Black Hawk inventory is geared at reinforcing the defence of border security against Islamic State forces in neighbouring Syria and Iraq, and to enable the Royal Jordanian Army’s Quick Reaction Forces to immediately deploy forces anywhere in the country.