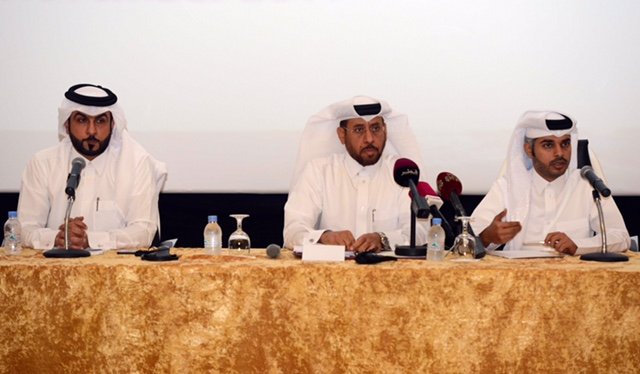 Doha will host the first major conference on Safety and Security organized by Security Committee of the Supreme Committee for Delivery and Legacy in collaboration with INTERPOL on 7-8 November 2017 at St. Regis Hotel.

Major Ali Al Ali stressed the importance of this conference, which comes within the framework of the preparations of the State of Qatar for the World Cup 2022, and strengthening the international partnership in the field of security and safety for major sporting events.  The conference will facilitate the member states of INTERPOL to access directly a global network of safety and security experts in the field of sport, and to use this experience to enrich their security preparations when hosting major sporting events.

He added that all 192 member-states of INTERPOL have been invited to the event in addition to other international organizations, guests and entities that have key roles in the field of major events’ safety and security. As many as 350 delegates have already registered to participate in the conference.

He pointed out that the conference will highlight the efforts of the Security of the SCDL in the preparation of the World Cup 2022 in terms of projects that have been implemented to prepare Qatari cadres. It was achieved through developing and modernizing the law enforcement systems and strategic partnerships with all countries of the world and international organizations such as International Criminal Police Organization (Interpol) and the Qatar-funded Project STADIA.

The final session will be open for recommendations and discussions, he added.

The Conference is aimed to facilitate the exchange of key knowledge and expertise in the field of security and safety of renowned experts in the field and the presentation of success and achievements of the 10-year agreement between the State of Qatar and INTERPOL on the STADIA project, Major Ali said.

An exhibition will be held on the sidelines of the conference to showcase the most prominent projects in Qatar in preparation for the World Cup 2022 and the latest security-technologies and introduce technological solutions to any security problems related to the organization of major events. He underscored that the Qatari cadres have been well trained and qualified through their participation in securing international championships as they have been working in the security service of 90 sports every year.

Speaking at the press conference Falah Dousari, Sr. Manager of STADIA said that the conference will provide a platform for discussion and exchange of information for police representatives involved in the organization of mega events and will leave the proceedings of the conference a legacy that will benefit the member countries, law enforcement agencies and the private sector as well.

He pointed out that the STADIA project is the result of cooperation and partnership between the State of Qatar and the INTERPOL for a period of ten years, from 2012 – 2022. It aims to provide an international knowledge base for best practices in hosting and securing major sporting events.

He added that the conference will also witness the launching of a Knowledge Management Project, presented by Interpol in cooperation with the State of Qatar that will help bring about great advance in the work mechanism and cooperation of law enforcement agencies in Qatar and in the region. The Knowledge Management System will be the first online platform for sharing police and security information on major events and creating a virtual network for sharing information and experiences on security challenges and optimal solutions.

The Stadia project has the clear goal of establishing a “Center of Excellence” that assists law enforcement agencies around the world. Through this project, extensive interaction at the expert level over the past five years has contributed to the development of a knowledge management system for INTERPOL membership. The STADIA project has created a network of specialists around the world to shape future efforts to secure major events. It is a typical example of INTERPOL’s increasingly recognized role in combating international crime, he said.

Doha, 25 June 2022 THE Embassy of Nepal and the Non-Resident ...
END_OF_DOCUMENT_TOKEN_TO_BE_REPLACED