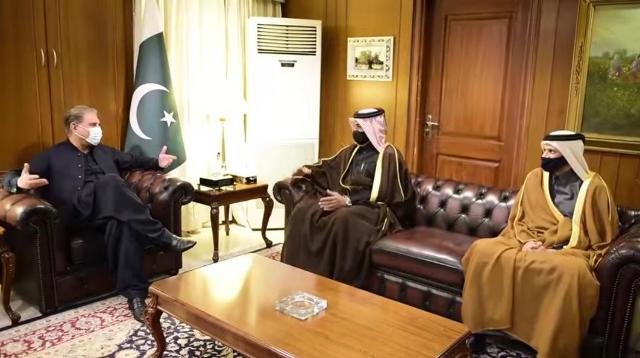 The meetings reviewed the bilateral cooperation, the peace process in the Islamic Republic of Afghanistan and the progress of the ongoing negotiations in Doha.

Present on the occasions were  accompanying members of the delegation and Ambassador of the State of Qatar to the Islamic Republic of Pakistan Sheikh Saoud bin Abdulrahman Al-Thani.

According to the Inter-Services Public Relations (ISPR), Spokesperson for Pakistan Military in it’s press release stated that matters of mutual interest, regional security situation, cooperation in various fields and facilitation of reconciliation process in Afghanistan were discussed in detail during the meeting.

Pakistan Army Chief reiterated that both countries share great history of cordial relations and a deep-rooted spirit of brotherhood, which has transformed into an enduring partnership.

The ISPR said that the visiting dignitary appreciated Pakistan’s continuous efforts for peace and stability in the region and pledged to keep working for better relations between the two countries.