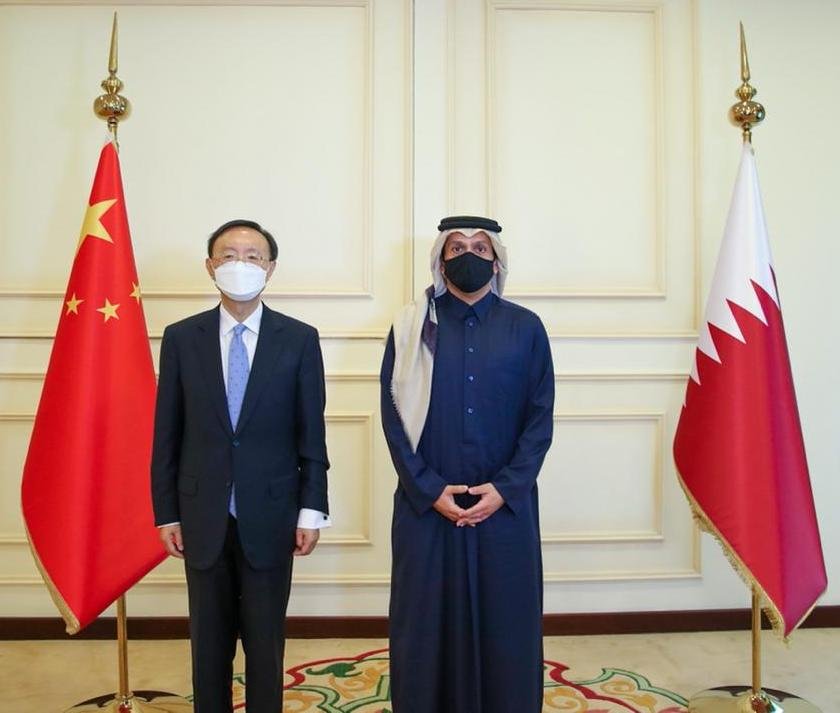 Both reviewed bilateral cooperation relations and issues of common concern.

Sheikh Mohammed bin Abdulrahman Al-Thani, congratulated Yang Jiechi on the occasion of the 32nd anniversary of the relations between the State of Qatar and the People’s Republic of China.

He also noted the distinguished and advanced relations between the two friendly countries, especially in economic affairs and energy, which contributes to increasing trade exchange between the two countries.