Pakistan and Afghanistan Revives Importance of Implementation on APAPPS 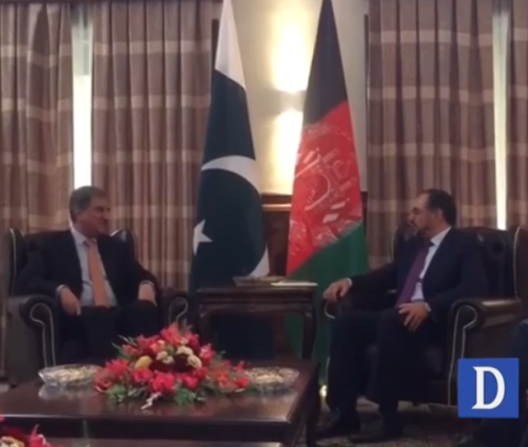 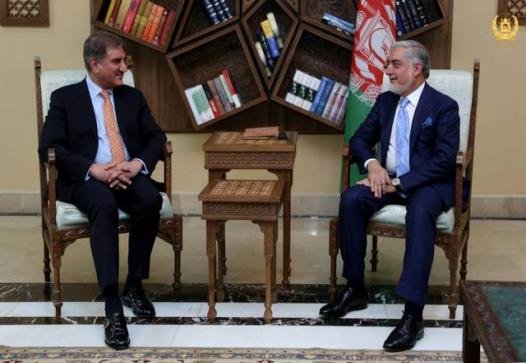 President Ashraf Ghani in his meeting with Qureshi on Saturday stressed complete implementation of the new bilateral ties framework the Afghanistan – Pakistan Action Plan for Peace and Solidarity (APAPPS).

A statement from the Pakistani Embassy in Kabul said the Foreign Minister during his engagements with Afghan leadership conveyed that the new government of Pakistan attached importance to its relations with Afghanistan.

He assured the Afghan leadership that Pakistan, along with other partners of Afghanistan, remained ready to play constructive role in facilitating an Afghan-led and Afghan-owned peace process and reconciliation.

The Pakistani FM on his maiden foreign trip since assuming office underscored the importance of cooperation and coordination between the two countries in the areas of counter-terrorism and security and offered to train Afghan police and law enforcement agencies in Pakistani institutions.

He said APAPPS (the Afghanistan-Pakistan Action Plan for Peace and Solidarity) — the new bilateral ties framework — provided most useful platform to deliver the objectives.

The FM underlined the importance of frequent high level engagements between the two countries that have contributed in building trust and improving mutual understanding and emphasized to maintain this upward trajectory in bilateral relations through more high level visits during the upcoming months. He also invited President Ghani to visit Pakistan.

In the context of enhancing trade between the two countries, Pakistan had decided to waive off regulatory duty on imports from Afghanistan. As a result Afghan exports to Pakistan have recorded substantial increase of 118 percent in 2018.

Qureshi stated that Pakistan will fast-track steps including standardization and automation of custom procedures, up-gradation of infrastructure at crossing points between the two countries.

For the second phase of 3000 scholarships, more than 600 scholarships have already been granted and Afghan students would start their semester next fall.

The Foreign Minister handed over a letter from Prime Minister Imran Khan addressed to the President marking the first consignment of 40,000 tonnes of wheat gifted to the Afghan people.

Qureshi highlighted the unmatched hospitality extended by the people of Pakistan for their Afghan brothers and sisters and underlined the need for dignified, sustainable and repatriation of Afghan refugees to their homeland through a gradual and time-bound plan.

They also agreed to expedite matters related to providing necessary security to Pakistan Consulate General in Jalalabad to ensure its early operationalization.

The visit provided an opportunity to set-out the contours of the new government’s future engagement with Afghanistan to build mutually beneficial relationship and enhance cooperation between the two countries.