Al-Kuwari Returns to Warm Welcome; Thanks Emir for Support 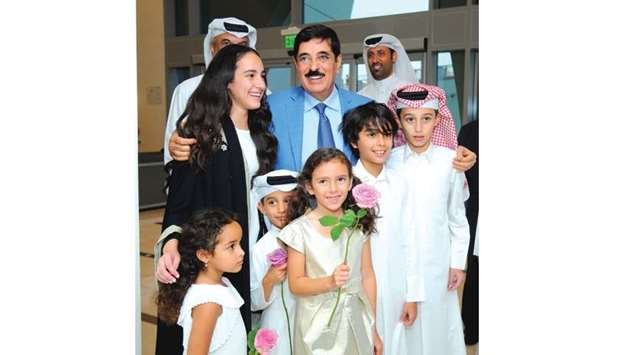 HE Dr Hamad bin Abdulaziz al-Kuwari, who was Qatar’s candidate in the recent election to the post of United Nations Educational, Scientific and Cultural Organisation (Unesco) director-general, returned home to a warm welcome yesterday.

He was received in Doha by several citizens, dignitaries as well as media persons.

HE Dr al-Kuwari had lost narrowly to French candidate Audrey Azoulay in the final round of the election, held last Friday in Paris.

Speaking to journalists upon his return to Doha, he thanked His Highness the Emir Sheikh Tamim bin Hamad Al-Thani and all the people of Qatar for the “immense support” given to him throughout the election process and its run-up, helping him achieve such impressive results. He also stressed that Doha is a place not only for Arabs but for the whole world, and attributed his achievements to Qatar.

HE Dr al-Kuwari, Cultural Adviser to His Highness the Emir and former Minister of Culture, Arts and Heritage, noted that his achievement in the UNESCO poll was the outcome of continuous work and communication carried out across different continents two years ago in order to highlight Qatar’s stature in the fields of education, science and culture, with all countries welcoming Qatar’s nomination.

“It was a great Arab dream since the foundation of UNESCO for Arabs to head it. As and when an Arab attains this, it is the Arab culture that has reached the position and not the person,” he pointed out.

HE Dr al-Kuwari maintained that unfortunately Qatar stood alone in the race and the dream was shattered by Arabs themselves, despite the fact that it would not have been a victory for Qatar alone but for the entire Arab world and culture. “We are proud of what we have achieved and Qatar has a broad international base of support,” he said.

However, some African countries were under immense pressure not to vote for the Qatari nominee, he added.

Meanwhile, HE Dr al-Kuwari recalled that he went through the campaign process for two years and never abused anybody. This was because he respected all and “would not respond to abuse with abuse”.

“Let all countries live, let all civilisations live. We do not want anybody to fall, whether Arabs or non-Arabs. We want the whole world to rise with all its different religions and cultures,” he said.

Further, he reiterated that Qatar wished for everyone’s well-being and this was clear from its response to ill-treatment by some others. Qatar has its supporters and a good number of Arab countries supported it, but were afraid to voice their support due to the fear of potential harm, he added.