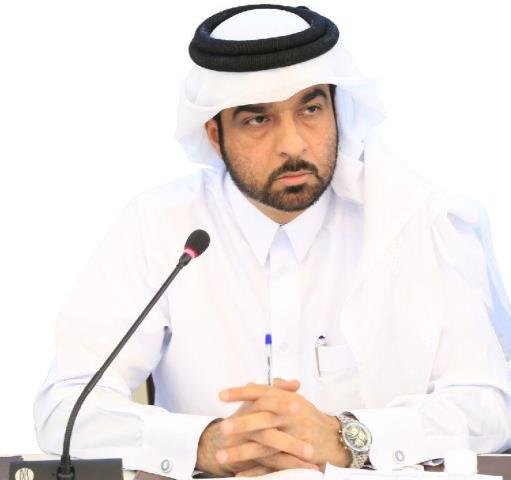 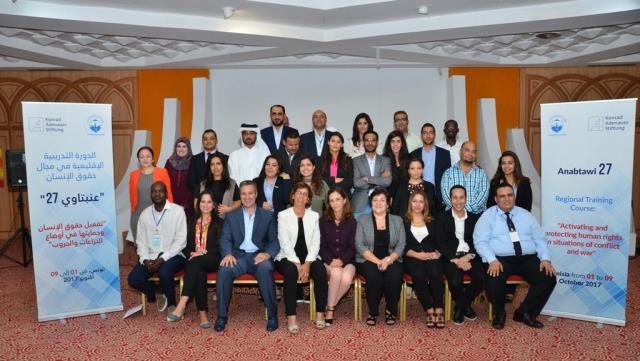 Sultan Bin Hassan Al-Jamali, Executive Director of the Arab Network of National Human Rights Institutions (Doha) has said that it is continuous violations of human rights in the conflict areas specially in Arab region resulting in armed conflicts.

AlJamali was addressing at a seminar organized by the Arab Institute for Human Rights in Tunis on the role of National Human Rights institutions. He said that it seems humanity has forgotten its pain as a result of the First and Second World Wars and the subsequent wars and armed conflicts.

The Executive Director of ANHRI stated that human rights are universal in nature, one may belong to any region or gender. He said that there is no one inferior to any other.  He warned that conflicts are increasing day by day, it is responsibility of human rights bodies to work together and educate, create awareness towards individual rights and encourage parties of the conflict to avoid all human rights in our societies before it is too late.

Human Rights bodies to cooperates with stakeholders to monitor, document and expose violations and to refer them to competent authorities. Access to humanitarian assistance for civilians and support for children, women and vulnerable groups, including minorities, internally displaced persons and girls, and to support and protect the right to education.

Sultan Bin Hassan Al-Jamali said that in the aftermath of the conflict, national institutions, in cooperation with all stakeholders, should take appropriate action to ensure that victims of human rights violations receive adequate support without discrimination, including comprehensive medical treatment, mental health care and psychological support And legal, ensuring equity and justice.

He said that in addition to carrying out its role in the process of national reconciliation, demanding appropriate compensation for the victims, providing information to the families of missing persons and those who disappeared forcibly and following up their cases, and following up on the accountability of war criminals and ensuring their impunity.

He called on Governments, national human rights institutions, civil society and the international community to cooperate with their agencies, bodies and organizations to reduce armed conflict and violations of human rights in peace and war and said that if rights in peacetime were not violated when we came to a state of war or armed conflict, Efforts are being made to renounce hate speech, reduce exploitation, greed and wealth, and work for justice among human beings, thereby achieving peaceful societies living in peace and security.

Aljamali pointed out that the basis for cooperation among stakeholders in the field of human rights is integration, not competition. In this context, the previous appeal, which emphasized the universality and universality of human rights and their integrity, calls for the need to unify strategies between national institutions, the global coalition, civil society organizations, Human rights, the High Commission, the United Nations bodies and all stakeholders in the context of the universalization of the human rights process and the accumulated efforts that will lead to a qualitative leap that will change the moods of peoples and nations.

It called on NHRIs to carry out their tasks and to undertake a range of actions within the framework of implementation of their role of protecting and promoting human rights. They should, therefore, allocate resources within their own means to enable them to play their role before, during and after the conflict.

As well as the follow-up of the laws of tax and tax and the extent of fairness, and monitor the statements and behaviors of politicians and religion and the heads of trade unions and civil associations, and all that may cause congestion may lead to resort to violence later, and work with all stakeholders to reduce and eliminate.

He added that in order to carry out this important role, each institution must have a specific department or section to monitor the manifestations of discrimination and intolerance in society, including follow-up of the laws and work to consolidate the culture of acceptance of the other. And (this is what I consider an early warning device).

He called on national institutions, in partnership with civil society stakeholders and relevant government departments, to review and refine the curricula of hate speech and all that are contrary to human rights, and to propose decisions on human rights education in schools and universities. And to foster a culture of dialogue through activities approved during the school year.