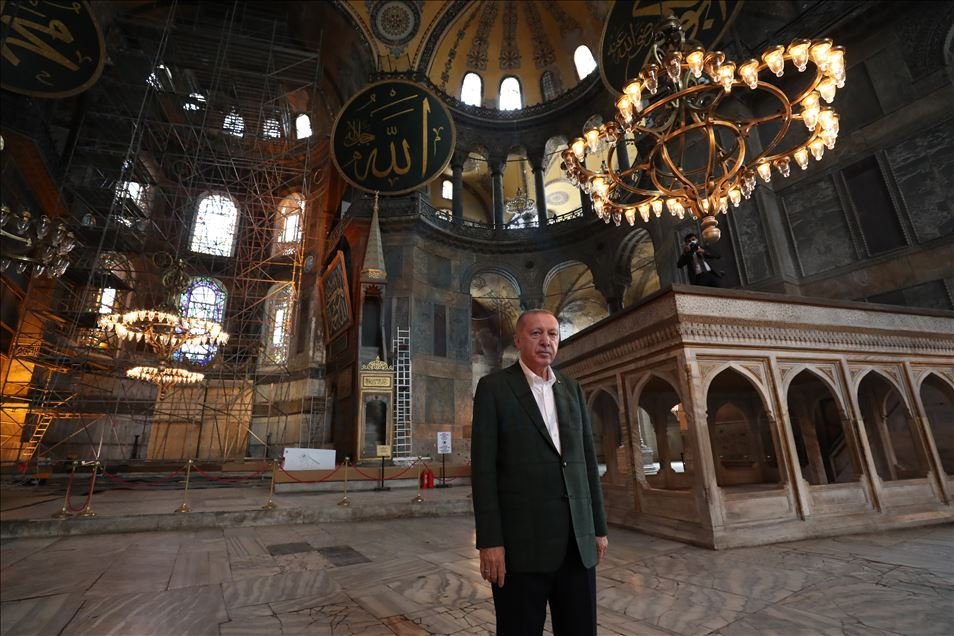 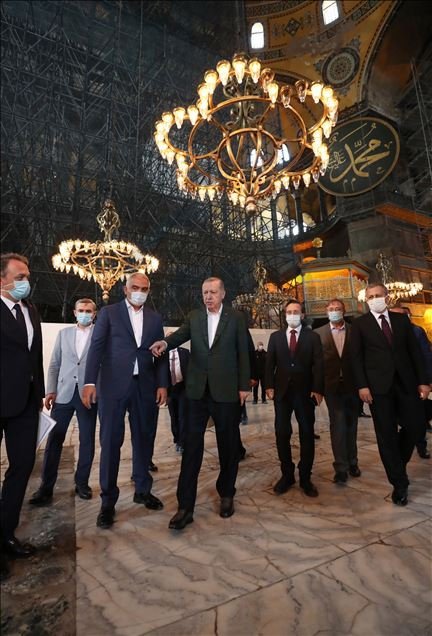 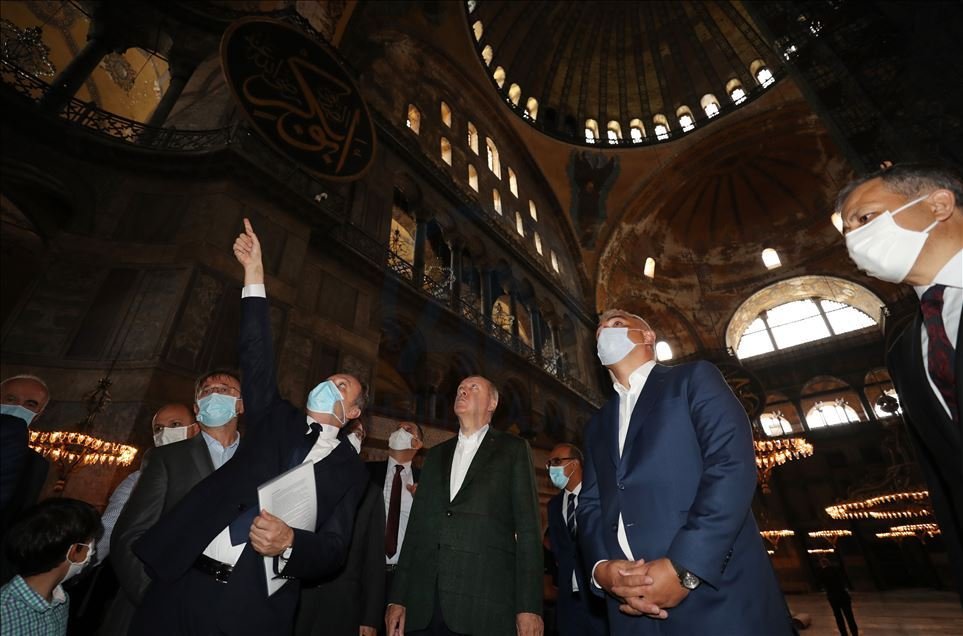 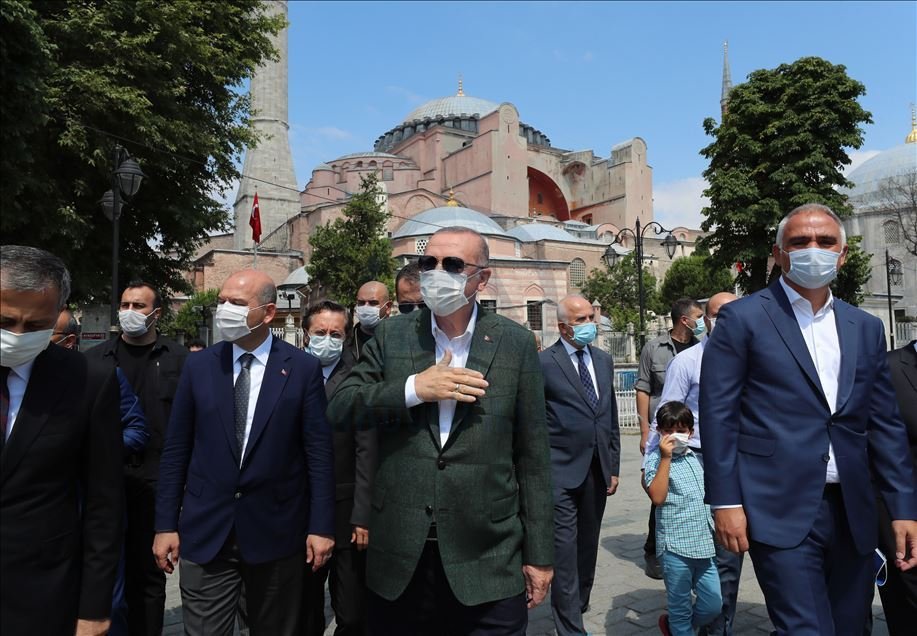 Turkish President Recep Tayyip Erdogan paid a surprise visit on Sunday to Hagia Sophia just days before the first Muslim prayers will be held at the Istanbul landmark since it was reconverted to a mosque last week.

President’s office provided the images of renovation work in progress.

It was revealed by the presidential spokesman Ibrahim Kalin on Sunday that some mosaics of Mary and Gabriel positioned in Qiblah direction would be covered with curtains, where Muslims face during prayer.

He said other mosaics of Jesus and other Christian figures did not pose an obstacle for Muslim prayers because they are not located in the direction of Qiblah. But he did not say whether they would remain uncovered at all times.

Outside prayers, Hagia Sophia will be open to all visitors and tourists and all mosaics will be uncovered, authorities have said.

It was unclear whether Erdogan planned to be among some 500 worshippers set to attend Friday prayers.

Turkey’s top court paved the way for the conversion in a decision to revoke the edifice’s museum status conferred nearly a century ago.