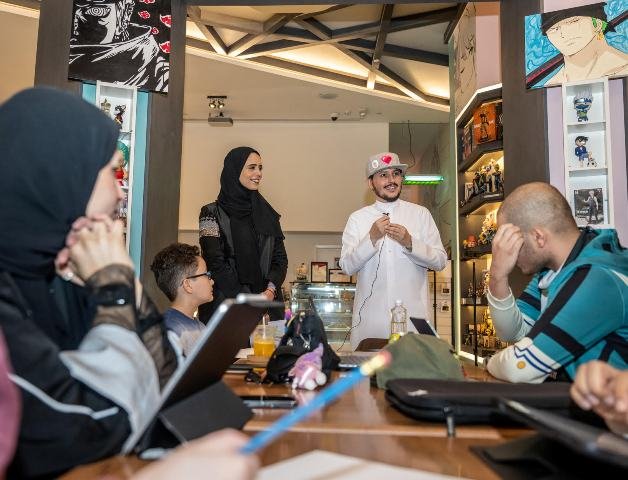 Qatar Museums’ Years of Culture initiative, in collaboration with Anime Café and Store 974 recently hosted a community event for Doha’s manga and anime enthusiasts. The event featured an on-the-spot manga competition, during which attendees were invited to create a one-page manga and showcase their talents for a chance to win exciting prizes.

The opportunity was organized to mark fifty years of diplomatic relations between Qatar and Japan, supporting ongoing cultural exchange through art that illustrates the connection between Qatari and Japanese cultures.

More than 30 artists joined the event hosted by Khalifa Al-Haroon, founder of I Love Qatar and owner of Store 974, who also served as a judge for the mini-manga competition alongside Aljazi Saeed Al Khayareen, Years of Culture Initiative Coordinator.

Due to great demand and interest from the local community, the Years of Culture initiative extended the deadline for the second edition of “Manga Style!” to August 31, 2022.

“Manga Style!” is organised in collaboration with the Embassy of Japan in Qatar and Geekdom – Doha Film Institute. The competition invites Qatari and resident manga enthusiasts to submit visually dynamic stories that showcase both countries’ cultures under the theme of “Friendship”.

Original stories can be submitted in Arabic or English through the Years of Culture website (yearsofculture.qa). Entries are free and applicants can submit up to three different stories.