‘The Global Majlis’ By Dr. AlKuwari Launched in German Language 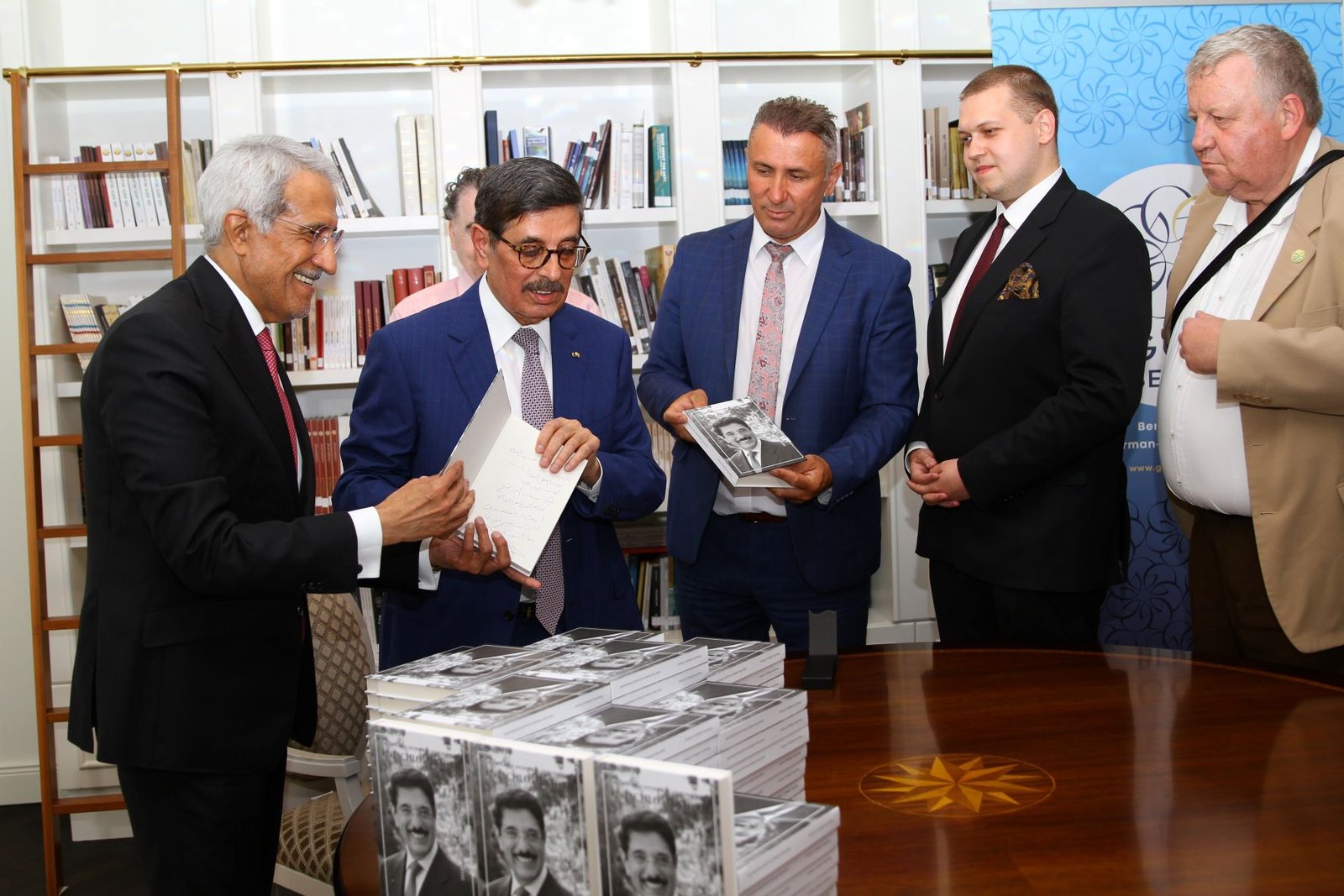 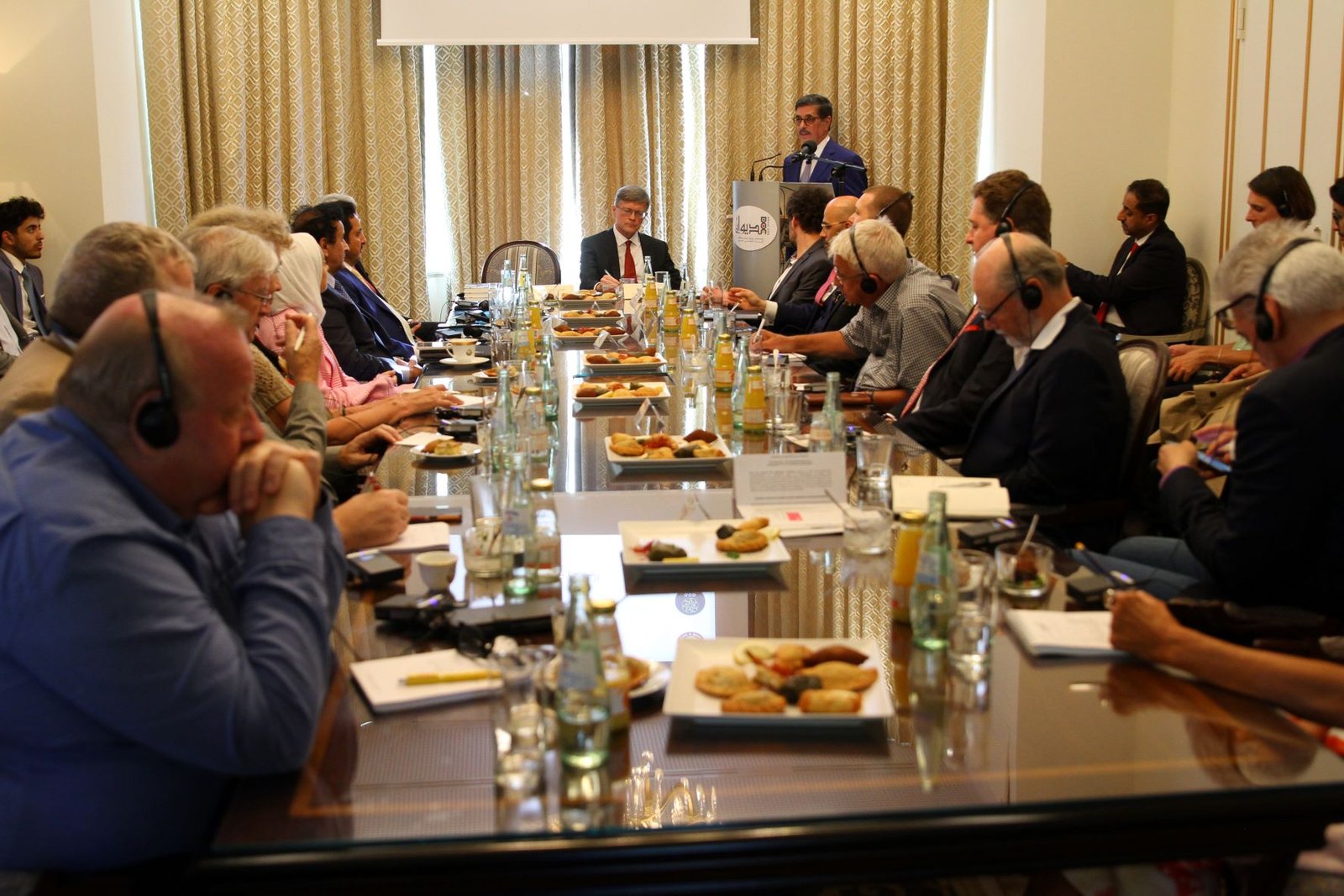 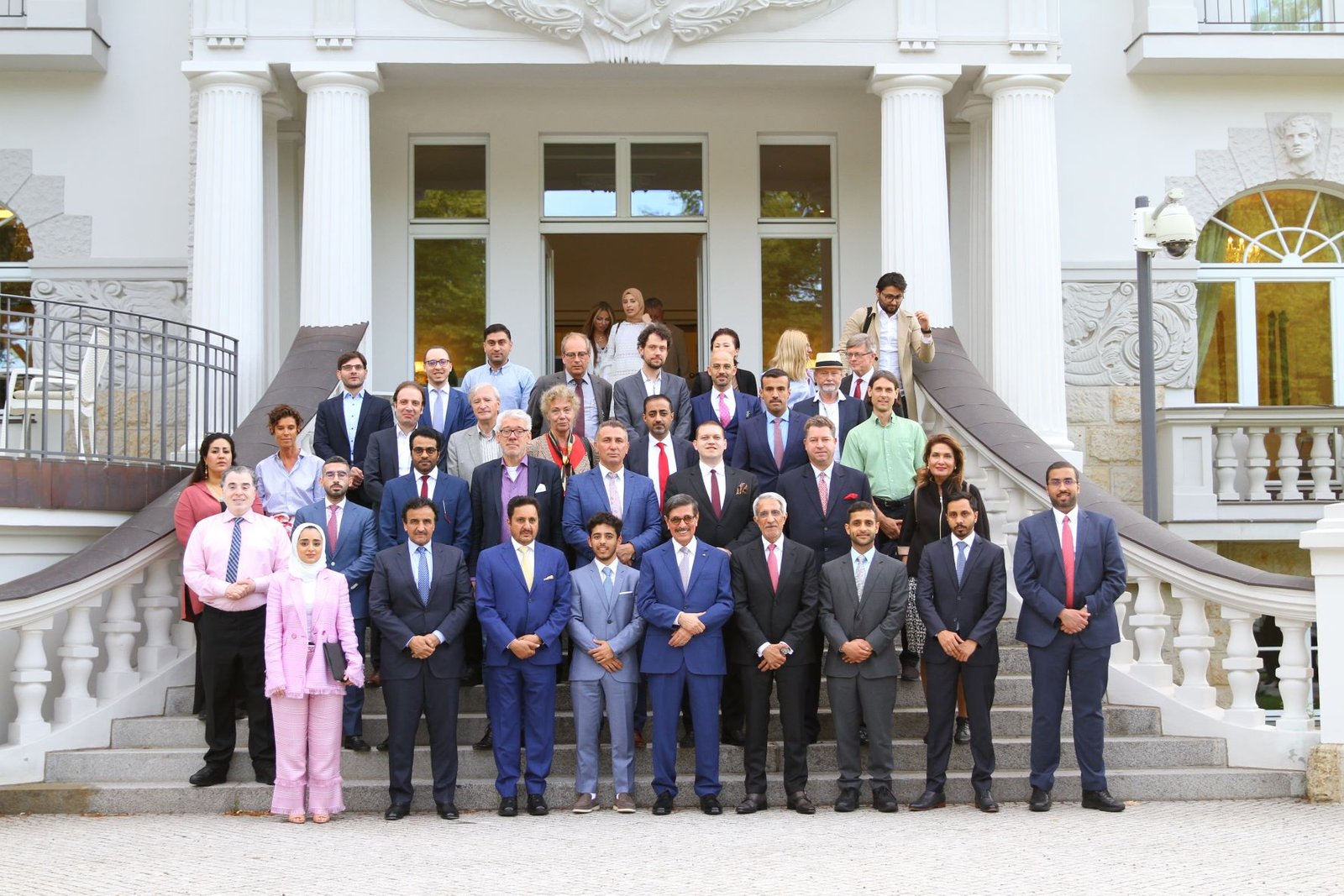 Translated in German language ‘The Global Majlis’ by Dr. Hamad bin Abdulaziz AlKuwari, Minister of State of Qatar and President of Qatar Naonal Library was launched on Tuesday at a function held at the Qatar embassy premises in Berlin, Germany.
The event was organised by Qatar Embassy in Berlin in collaboraon with the Berlin Forum for German-Gulf Dialogue and the Arab Cultural House.
Present on the occasion were Sheikh Abdullah bin Mohammed bin Saud Al Thani, Ambassador of Qatar to the Federal Republic of Germany;  Dr. Lawrence Al-Hanawi, Director General of
the Arab Cultural House; and German orientalist Dr. Sebastian Heine who translated the book from Arabic to German language.
The book by Dr. AlKawari recounts his intellectual biography, which combines personal tales and his passion for knowledge, manifested with deep wisdom.
‘The Global Majlis’ reveals unique insight into Dr. Hamad’s life#me of diplomacy and nuances of statecra6, welcoming them to an intellectual gathering where a new era of cultural
diplomacy forges stronger #es between the world’s na#ons and civiliza#ons. Through his extensive career.
Dr. Hamad sheds light on his rich journey between aspects of humanity’s major
issues, o3ering many re:ec#ons and discussing issues of cultural diplomacy, dialogue of cultures, media, cultural industries and concerns about heritage preserva#on.
This will be the eighth transla#on of his
book, which is available to readers in French, English, Spanish, Hindi, Persian, and Turkish languages.
The dignataries presented their views on tje book.
The ceremony was followed by speech of  author Dr. Hamad bin Abdulaziz AlKuwari and book signing ceremony.
Dr. Hamad said, “It is an honor to attend this ceremony for the publica#on of the German edition of my book. I hope the book provide readers with a deeper cultural understanding of the rich Arab culture and establishes a broader strategic dialogue in the cultural  field
between Arabs and Germany.
He paid his gratitude to all those who attended the event.
Commen#ng on the occasion, Ambassador Sheikh Abdullah said, “I would like to congratulate Dr.Hamad on the launch of the German transla#on of his valuable book, The Global Majlis. This ceremony falls in line with the mission of the Arabic Cultural House in bringing cultures closer together, building
bridges of communica#on between them, and introducing Arab culture in the field of thought, literature and the culture.
June 23, 2022 / Culture/Traditions

Doha, 25 June 2022 THE Embassy of Nepal and the Non-Resident ...
END_OF_DOCUMENT_TOKEN_TO_BE_REPLACED