Qatar Museum Lines Up Exciting Events and Exhibitions For 2017 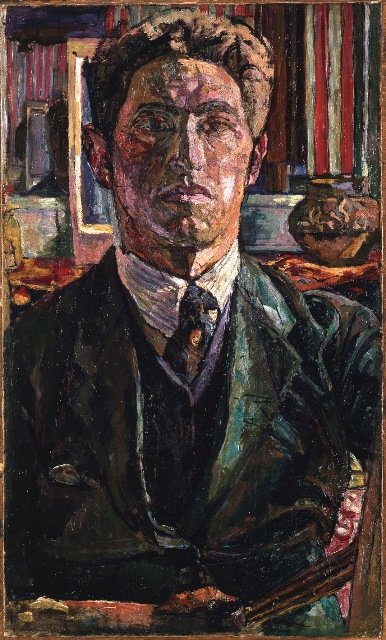 Qatar Museums (QM) has announced today an exciting series of festivals, exhibitions and events aiming to bring new experiences of art, culture and heritage for residents & visitors to enjoy.

Year 2017 is also to celebrate Qatar-Germany Year of Culture. Year long programs include Qatar-German cultural. heritage, arts and sports which will help in strengthening existing ties between both countries. A detailed program in this regard will be announced soon.

Programs are designed in such a way to inspire the next generation of cultural audiences and enrich the lives of visitors and the residents.

In collaboration with the Musée national Picasso and the Fondation Giacometti, QM has planned to present the first exhibition dedicated to the work of two of the most important artists of the twentieth century, Pablo Picasso (1881-1973) and Alberto Giacometti (1901-1966). It will be held at the Fire Station’s Garage Gallery. The exhibition, which is the first to show these artists in the Middle East, will bring together more than 120 works by these two artists drawn from the collections of the Musée National Picasso and the Fondation Giacometti in Paris, as well as exceptional loans from French and other international collections, covering paintings, sculptures, sketches, photographs and interviews with the artists.

JR, the celebrated French artist, will be the subject of a major retrospective show in Qatar to be held by Qatar Museums at QM Gallery in Katara.

JR, a world-renowned artist that combines art and engaged actions through large-scale outdoor installations, films, photographs and videos, using the streetscape as his canvas and his inspiration, which he claims as the largest art gallery in the world.

JR creates “Pervasive Art” that spreads uninvited on the buildings and slums around Paris, on the walls in the Middle East, on the broken bridges in Africa or the favelas in Brazil. He remains anonymous and doesn’t explain his work, allowing the subjects, protagonists, spectators and passers-by to raise their own questions.

JR – Retrospective will feature some of the key series that have made the artist famous around the world as well as a video lounge where selected video works can be viewed.

Imperial Threads: Motifs and Artisans from Turkey, Iran and India brings a new perspective to MIA’s collection, by showcasing the connection between three major dynasties who marked the start of the early modern period in Islamic art – the Ottoman, Safavid, and Mughal empires. This exhibition will highlight the cultural interaction, artistic influence and materials exchanged between the empires, primarily from the 16th to the 18th centuries.

Focusing on carpets, manuscripts, metalwork and ceramics, other objects are also featured in this exhibition to comprehensively illustrate the historical and artistic background of this time.

Award winning photographer Jessica Fulford-Dobson will present her series of striking portraits, Skate Girls of Kabul, which will tell the extraordinary story of Afghan girls who took up skateboarding. Skateistan, an Afghan charity that provides skate parks as a hook to get children from disadvantaged families back into the educational system.

The series, viewed by more than 74,000 visitors during its two week run at London’s Saatchi Gallery, will bring to life the colourful, free flowing and full of life spirit of these young girls, that bring a new perspective and dimension to skateboarding culture.

The exhibition constantly rotates art work on view to share as much from the collection as possible. The collection includes works from Qatar and the Arab world, Iran, Turkey and other regions historically connected to the Arab Peninsula, representing major artistic practices and innovations in modern and contemporary Arab art dating back to the 1840s.

Along with the exhibition program, Mathaf is continuously developing research on the museum’s permanent collection through The Mathaf Encyclopedia of Modern Art and the Arab World. With the purpose of producing an online database of research on Arab artists and artworks, The Mathaf Encyclopedia is a free bilingual resource for both basic and in depth facts on Arab artists and is the first initiative of its kind in the region and in the world.

The third annual edition of The New York Times “Art for Tomorrow” conference will be returning to Doha this March under the theme of “Boundaries, Identity and the Public Realm”. With discussions led by award-winning New York Times journalists, the conference will investigate the issues that occupy the territory between art and public life. The event will examine the role of art as a catalyst for economic growth and development, as well as a mechanism for city or corporate branding.