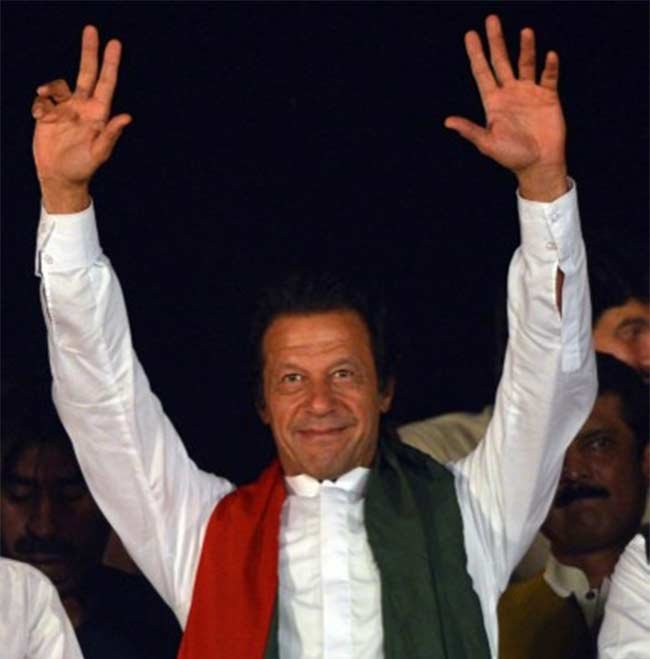 Three members of Pakistan Supreme Court headed by Chief Justice rejected the petition against cricketer turned politician and head of his political party ‘Pakistan Tehreek-e-Insaf’ on foreign funding charges against him.

The court rejected petition for Khan’s disqualification filed by sitting government’s member parliament and a former Minister, Hanif Abbasi, who seeks the disqualification of Pakistan Tehreek-i-Insaf chief Imran Khan and secretary general Jahangir Khan Tareen on charges they did not fully disclose their assets in nomination papers.

Chief Justice told that the verdict be heard with patience.

He also apologised for delay in announcement of the decision as it was supposed to announce almost one hour and 35 minutes before, 0200 PM (Pakistan Time).

Chief Justice Mian Saqib Nisar said that Khan was not liable to declare Niazi Services Ltd in his 2013 nomination papers as he was not a shareholder, Bani Gala property is Khan’s; he bought the land for his family, said the Chief Justice.

Imran Khan and Jahangir Tareen were not present in court as they are in Karachi.

The petition, filed by Hanif Abbasi in Nov. 2016, accuses two PTI leaders for not declaring their assets to the Election Commission of Pakistan as per the lncome Tax Ordinance 1979 and Representation of Peoples Act 1974.

On 3rd May 2017, a three-member bench of the Supreme court started hearing the petition.

During the length of the case, the lawyers from both sides had presented their arguments for over 100 hours in over 50 court hearings, verdict was reserved on November 14.

Petitioner Hanif Abbasi had sought the disqualification under charges of false declaration before the ECP, non-disclosure of assets in offshore companies, and for being a foreign-funded party.

The petitoner argued that by failing to disclose the existence of Off-shore company allegedly owned by Imran Khan ‘Niazi Services Limited’ before Election Commission of Pakistan, PTI Chairman Khan stands in violation of the Income Tax Ordinance of 1979.