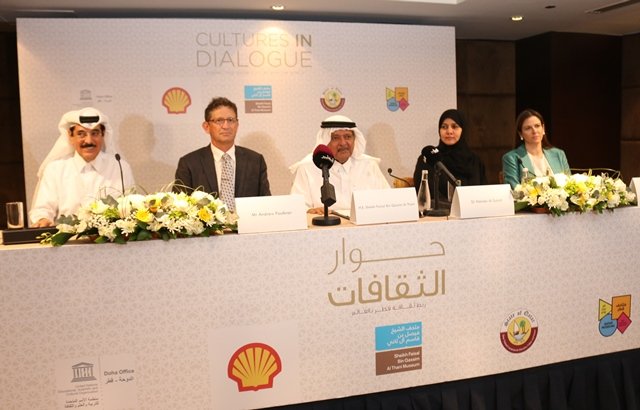 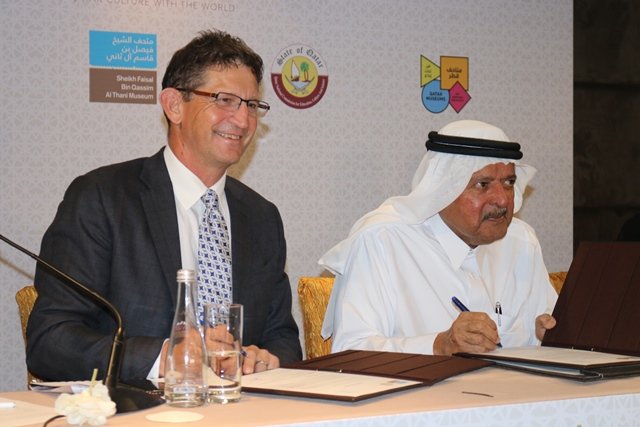 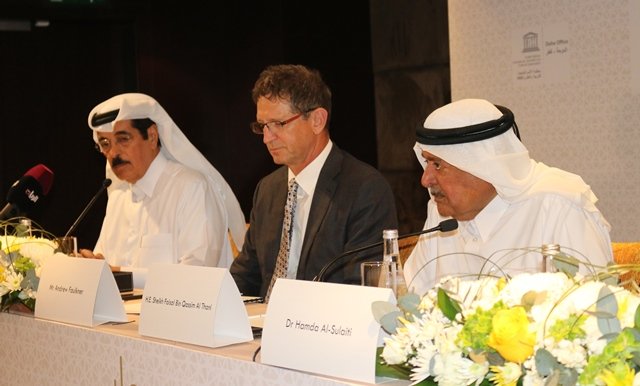 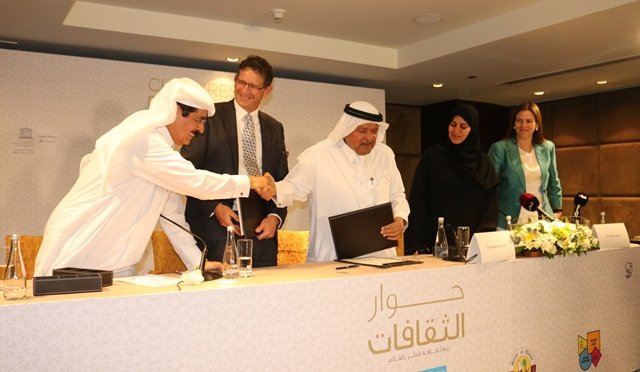 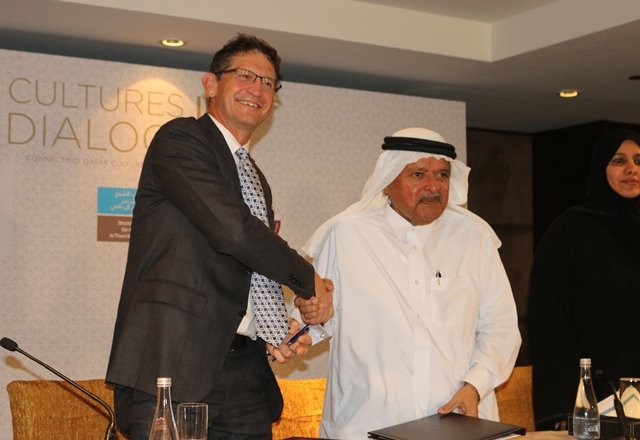 Qatar based Faisal bin Qassim AlThani Museum has announced recently launching of ‘Cultures in Dialogue’ exhibition in number of European cities during next two years of period starting from September 2018 from Valetta in Malta. Two years long mobile exhibition is  being held in collaboration with Qatar Shell, UNESCO and Qatar Museums Authority.

Faisal bin Qassim AlThani, Chairman of Faisal Museum,  and Andrew Faulkner, Chairman & Managing Director of Qatar Shell signed agreement on the occasion and exchange the copies. Present on the occasion were Dr. Hamad bin Abdulaziz AlKuwari, Minister of State of Qatar, Dr. Hamda AlSulaiti, Secretary General, Qatar National Committee for Education, Science & Culture, Dr. Anna Paolini, Director UNESCO, Doha Office, Sheikha Al-Anood Faisal al-Thani, Vice Chairman, Faisal Museum.
Hamad bin Abdulaziz AlKuwari, Minister of State of Qatar in his key note speech on the occasion said that a united Qatar has played a significant role in the country’s victory over an almost year-long economic blockade.
He said that ‘The government, every citizen, and everyone living in Qatar worked very hard and they succeeded in proving the unity of Qatar in facing the blockade, and that has made Qatar successful.’
He lauded the private sector’s part in promoting Qatar’s culture and heritage to the international community.
“Qatar has been well known for its cultural activities, and since 2010, Doha has also been known as a cultural capital. Now, it is good to see that this initiative came from the private sector, which means it is no longer the Qatari government but also the private sector that gives culture its merit,” AlKuwari referring to the launching of the ‘Cultures in Dialogue’ exhibition.
“That is why this initiative is very important. The majlis and Arab coffee has been part of the international heritage under UNESCO, this initiative is not only exhibiting what we have but also opening dialogue between cultures.
AlKuwari said that ‘especially during these times, we need to show Qatar as a country of dialogue between cultures, countries, and other intellectuals, he said this is an example of the government working in parallel with the private sector, which is very important and very significant,” al-Kuwari said.
Addressing on the occasion, Sheikh Faisal bin Qassim AlThani said, “We are grateful for the confidence placed on us by Amir Sheikh Tamim bin Hamad al-Thani, and we believe that together with UNESCO, we will actively serve our role of keeping alive the history, culture, and traditions for the next generations to learn and draw from, thus enriching and influencing society in a positive way.
He thanked Qatar Shell for their sponsorship of the event. Sheikh Faisal bin Qasim AlThani  said that it was a great opportunity to place Qatar and the wider Arab region as a cultural hub to an international audience.”
Andrew Faulkner said ‘We are delighted to sign this sponsorship agreement with the Sheikh Faisal bin Qassim Al Thani Museum, demonstrating our shared aim to foster dialogue and understanding between Qatar and the world.
“Our partnership will help build awareness of Qatar’s commitment to outreach, openness, and integration through the nation’s art, heritage and culture, as well as linking it with that of other peoples and civilisations.”
Dr. Hamda Al-Sulaiti in his address said. ‘ the exhibition will build bridges of communication that transcend differences, and will promote a spirit of tolerance and peace among the peoples of the world.
“No doubt that the archaeological and artistic artifacts, heritage collections and all forms of heritage that will be part of the ‘Cultures in Dialogue’ exhibition will be a fertile source for enriching human culture, helping to promote and sustain diversity and cultural dialogue among the peoples of the world,” she said.
Dr. Anna Paolini of UNESCO said, “’Cultures in Dialogue’ is more than an exhibition of beautiful and meaningful objects from Sheik Faisal’s collection. It is an example of how through artifacts we can tell a story of the intertwining of different cultures.
“It tells us how museums play the important role and bear responsibility to provide educational and cultural opportunities to the public to engage, to build self-awareness, create openness to knowledge, appreciation and understanding of cultural diversity, and foster life-long learning.”
Faisal Museum has arranged a number of various events within it’s premises on the sidelines of European Tour including a traditional MAJLIS where experts will discuss on common heritage and various other interesting topics.
May 27, 2018 / Culture/Traditions