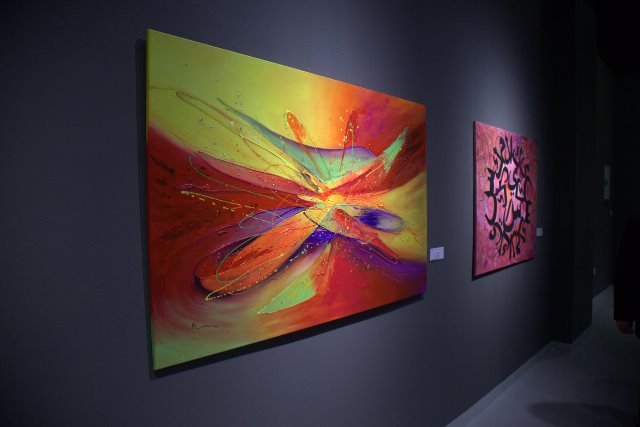 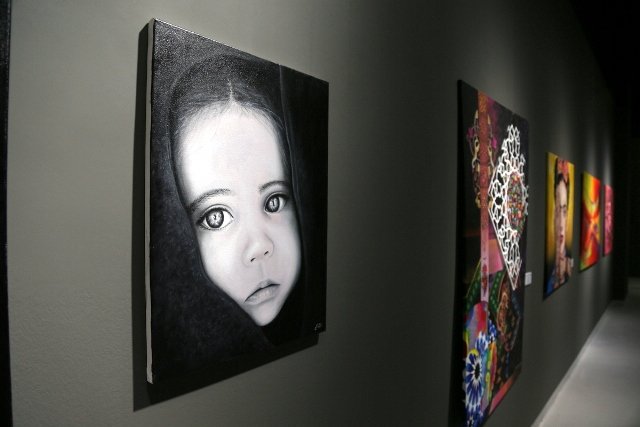 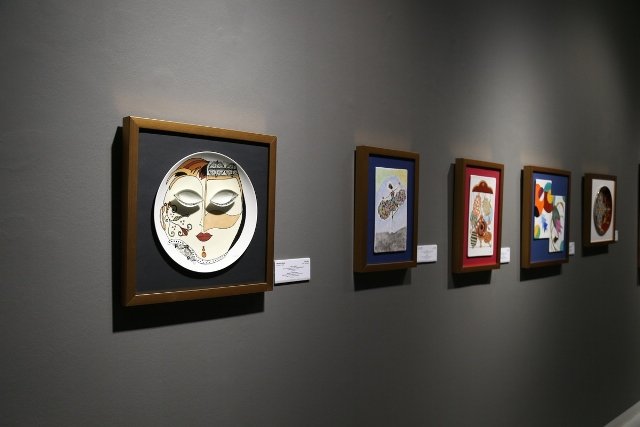 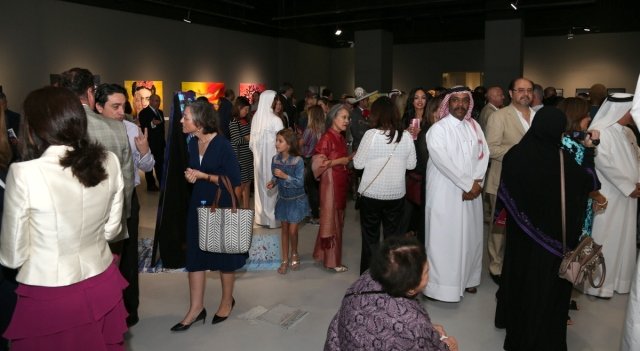 Al Garabia, an exhibition of paintings and other artworks by a group of Latin American artists based in Qatar was opened at Katara Cultural Village on Wednesday.

Ahmed Abdul Rahman Al Sayed, Deputy General Manager of Katara Cultural Village and Rossana Cecilia Surballe,  Ambassador of Argentina to Qatar jointly opened the exhibition in presence of ambassadors of several Latin American countries, visitors and dignitaries. The exhibition will run until May 14 from 1000 AM to 1000 PM.

The exhibition is titled ‘Al Garabia’, after a linguistic expression, rich with cultural and historic meanings.

The term algaravia or al-arabîya is complex in significance giving its many layers, ranging from its colonial origins to the modern Spanish expression Algarabía, meaning a sudden loud situation or troupe of people creating confusion and bewilderment.

This definition is also often used to describe the Middle Eastern and Latino American peoples which aside of the cliché highlights the similarities derived from long standing cultural ties between the two worlds.

“ We call ourselves Group of Seven ( G7), meaning seven Latin American artists based in Qatar. Three more have joined this exhibition and we may change the name to G10,” said Maria Al Badr, one of the participating artists, originally from Uruguay, married and settled in Qatar.

Al Badr said that the basic idea behind the exhibition was to show “what the Arab cultures have given to our countries,” through Arab immigrants who came to Latin America several centuries ago.

About 40 paintings and art works illustrating the cultural link between Arabs and Latin American countries are on display at the exhibition.

The exhibits include a painting by Al Badr, titled Bustle of Lights which evoke joyful memories of the Muslim Holy month of Ramadan.

“It shows a group of chandeliers moving graciously at the compass of the wind. The lights come announcing it is Maghrib (dusk) time in Ramadan, time to rejoice, no matter where you are,” said Al Badr.

Another painting titled Hubbub of Views represents herself, Al Badr said. It shows two feminine human faces, with the eyes closed. “The two faces represent the East and the West. The painting carries my past and present. The eyes are closed as a symbol of toleration to each other,” said Al Badr.

Juan Miguel Ramirez from Mexico has showcased a blend of photography, installations and paintings, depicting three Qatari “boats” and colourful paintings set in the backdrop of Qatari life and environment.

“Having lived in Qatar for 12 years, I have done these to show my love and support for Qatar,” said Ramirez.