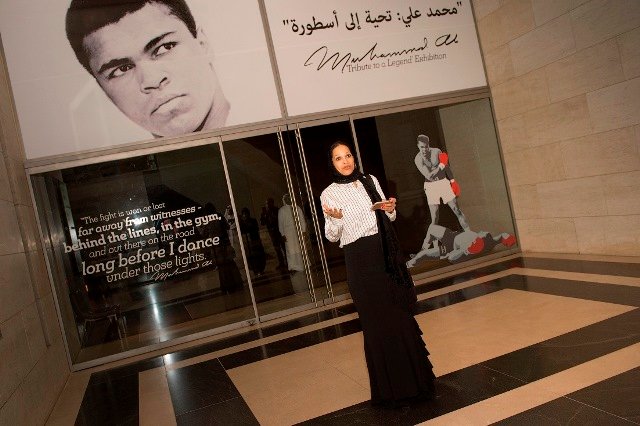 The exhibition, titled ‘Muhammad Ali: Tribute to a Legend’ is on show until February 25th 2017 in MIA’s fourth floor eastern gallery, and is the first significant exhibition dedicated to Muhammad Ali since his death earlier this year.

‘Muhammad Ali: Tribute to a Legend’ brings together a collection of 22 significant artifacts from the boxing champion’s distinguished career, including photography from Ali’s outdoor exhibition bout at the Doha Stadium in 1971; his momentous ‘draft exemption’ letter, which is exhibited for the first time- on loan – on the 50th anniversary that a 24-year-old first Ali wrote it, and memorabilia spanning Ali’s journey to the 1960 Rome Olympics.

The exhibition has been collected and curated under the auspices of Qatar Museums’ 3-2-1 Olympic and Sports Museum, which will open in a permanent home as part of the redeveloped Khalifa International Stadium in 2017, featuring some of the exhibits from this show.