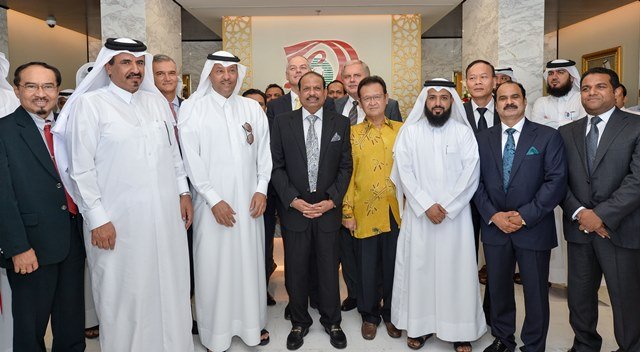 Regional headquarters of LULU Group is equipped with most modern amenities covers an area of 7,000 m² on 3 levels along with 2 level underground parking facilities.

Yusuf Ali thanked all the guests for joining on the opening of new regional offices. He lauded the untiring efforts of his team and appreciated services of his senior executives by taking their names individually. He told that some of the friends in 2000 AD shown their concern on opening of first Lulu Hypermarket at the Rayan Road in Doha. But today after having six large Hypermarkets in Qatar still seems more demand.

Lulu Hypermarkets will be opening 3 more stores, one of them is scheduled in last quarter of 2016 at Al Messila. Lulu Hypermarket Group is one the most successful and highly diversified consumer business group in the gulf region, having major presence in the fields of Supermarkets, Department Stores and Hypermarkets all over the GCC countries. The Group was christened in the year 1966 by establishing its first venture in the UAE.

The Group today stands as an epitome of professional success with its highly diversified and expanding business empire spanning the globe. Presently, the Group operates 131 state of the art Shopping Malls and Hypermarkets. Besides, the Group owns Export & re-export houses, Meat processing plants, Garment manufacturing units & IT Training Institutes etc.