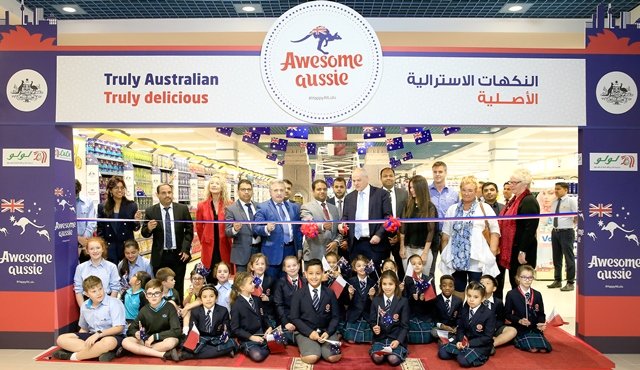 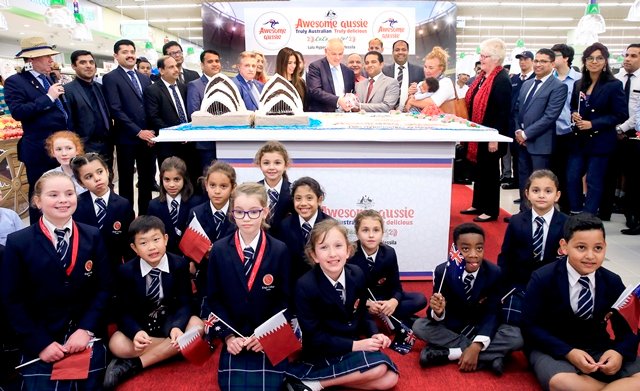 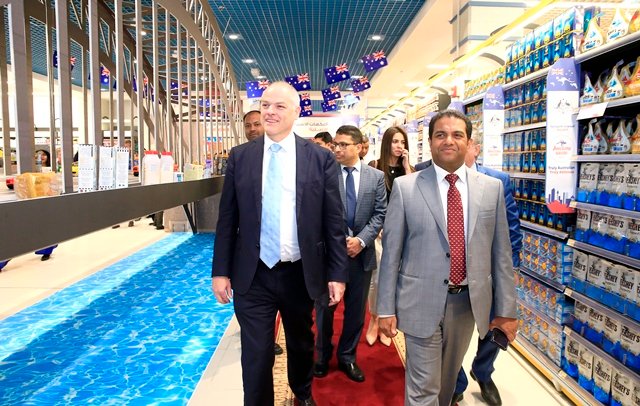 Lulu Group in cooperation with the Australian Embassy has organized the Australian Festival at Lulu Hypermarkets today. Lulu Group has been conducting the Australian festival in their other regions since many years, however, this is the very first initiative in Qatar region.

Dr. Axel Wabenhorst, Ambassador of Australia to the State of Qatar was the Chief Guest on the occasion at Lulu Hypermarket, Al Messila. The festival will run from the 06th until the 12th February. Among others present on the occasion were Mohamed Althaf, Director of Lulu Group International, Yara Elsergany from Australian embassy and Lamees Shaat, member of Qatar Australia and New Zealand Business Association (QANZBA), dignitaries and guests.

Dr. Axel Wabenhorst in his inaugural speech commended the efforts taken by Lulu Group for highlighting and promoting Australian foods and other products in their stores. He was highly impressed with the supporting point of sale materials utilized in-store, and indicated that one of biggest categories of export into Qatar from Australia is Beef and Lamb.  Dr. Axel Wabenhorst also pointed out that in the recent months there has been significant increase in the export of livestock from Australia to Qatar.

Live cooking sessions by a Culinary Chef from Meat Livestock Association (Australia) were also organized during the festival in each Lulu outlet.

Lulu Hypermarkets have long years of relations with the Australian markets. A wide variety of products from Australia have been showcased on the occasion.  Among these products include Fresh Meat, Cheese, Olives, Free-range Eggs, Muesli Bars, Bread, varieties of Milk and Milk products, Organic Baby foods, Sauce, Cake mix, Honey, fresh and frozen fruits & vegetables etc.

The festival also highlighted specialties and delights such as Aussie burgers and other popular Australian dishes at the Hot-food counters. Australia’s food and beverages sector spans a diverse range of capabilities, from the supply of raw ingredients, to food processing to retail sales to consumers.

Albeit Australian products have presence in Lulu stores for a long time, however, this promotion campaign endeavors to promote a wide range of Australian products and to augment sales by increasing the extent of imports.  According to the reports available, Qatar has an Australian expatriate population of nearly 3,300 citizens working in high-ranking positions, constituting 0.21% of the total population.

Halal-certified food is also of growing importance to trade between Qatar and Australia, leading to the launch of specialized halal-certification bodies in Australia. These specialized governing bodies have been created to monitor, supervise and certify all products imported to the State of Qatar.