‘British Food Festival’ Takes Off at Lulu Hypermarkets in Qatar 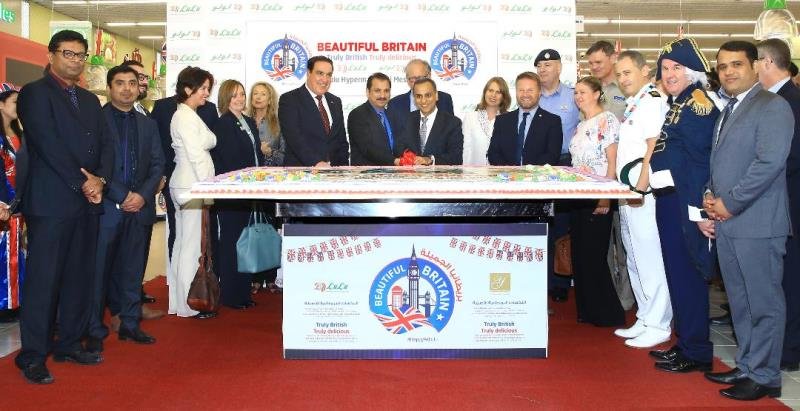 Chairman of Qatar British Business Forum (QBBF) Emad Turkman MBE, and Peter Cook, Managing Director of the British Chamber of Commerce joined the ribbon-cutting ceremony with a host of other officials and dignitaries from the British Embassy’s Department for International Trade/Invest Northern Ireland and QBBF officials from all areas of business here in Qatar.

The British Festival is showcasing the new ranges and well known British branded foodstuffs from 18th April until 24th April in all Lulu Hypermarket outlets.

Since the opening of their Export logistics warehouse in Birmingham, UK in 2013 offering ranges of the best quality products from across UK has seen their export business increase ten-fold.

During address of British ambassador on the occasion, it was noted that Y International (UK) Ltd, a subsidiary of the billion-pound retail giant Lulu Group International, are investing a further UK £ 15 m into a new 160,000 sq. ft. European HQ at Birmingham’s Advanced Manufacturing Hub. This will create a further 80 jobs bringing the total work force to 240, thus offering more job opportunities to the local community.

He also noted that on top of past investments in UK Hospitality (The Twenty 14 Holdings Group) part of the Lulu Group International has recently purchased the iconic Caledonian Hotel in Edinburgh, Scotland for UK£ 82 m. The hotel is set on the prominent Princes Avenue and is steeped in history.

Emad Turkman(MBE), Chairman of QBBF  commented on the strong membership links between Lulu and QBBF with both parties supporting each other to forge greater business links. Emad also thanked the management of Lulu Group for their past support with the Royal British Legion Poppy Ball Event.

Members of the Doha Jazz performed live during the opening ceremonies. Throughout the Hypermarket dignitaries and customers had the opportunity to view several well-known attractions and view past and present iconic film and music associated with the Monarch and history of the United Kingdom.