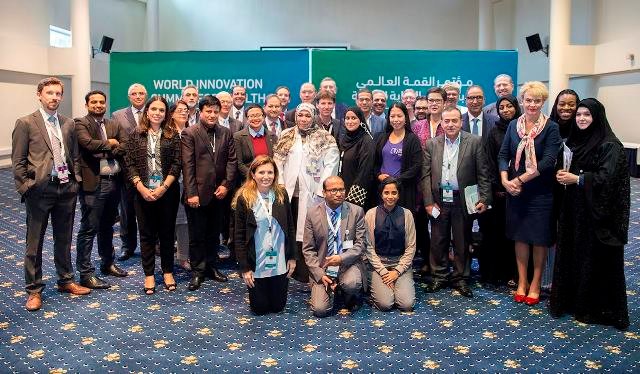 The World Innovation Summit for Health (WISH) has hosted a meeting where a select group of summit delegates discussed strategies to improve the care and monitoring of those suffering from dementia. Officials from the World Health Organization (WHO) provided secretariat support to the meeting, which was held in Hamad Medical City.

The meeting was an opportunity for regional dementia leads to share their successes and challenges in tackling a growing public health concern for the Middle East. According to the WHO, the number of people with the condition is expected to almost double in the region by 2030 to 4.4 million people.

Seventy delegates attended the meeting, representing 10 states from the Eastern Mediterranean Region of the WHO, as well as experts from 15 other countries. Qatar’s National Dementia Stakeholder Forum was represented, as were the Ministry of Public Health, Hamad Medical Corporation, and Primary Health Care Corporation. Other interested parties from civil society and academia also contributed to the discussion. Participants made a commitment to strengthen the response to dementia by developing better national policies and programs.

The meeting focused on how the development of coordinated regional and country-level action can improve the care and monitoring of dementia. There was a particular emphasis on the need for greater awareness, the need to address stigma, and the importance of research and innovation in strengthening policies.

The meeting included discussion of the WHO’s Global Action Plan on the Public Health Response to Dementia, which is due to be implemented in 2017. Participating countries also shared their initial experiences with the WHO’s Global Dementia Observatory (GDO), an initiative designed to collect data on dementia worldwide and to support improvement of national policies. Qatar has played an important role in shaping the programme, as one of only two pilot countries in the region. WISH has supported Qatar’s GDO participation with advice and resources, and is part of the National Dementia Stakeholder Forum.

Egbert Schillings, Chief Executive Officer of WISH, said: “Qatar has taken a leadership role regionally on the issue of dementia by choosing to be a pilot country in the WHO’s Global Dementia Observatory. It involves understanding the true prevalence of this devastating condition in the national population, its impact on caregivers and the community, and helping prepare the healthcare system so it can meet this rapidly growing challenge. While the demographics are still favourable locally, globally there is a new case of dementia every four seconds. The associated costs are unsustainable as well. In fact, if dementia care were a country, it would be the world’s 18th largest economy. That’s why all healthcare systems need to be proactive, even if the current burden of the disease is still quite low. For WISH, dementia has been a focus area since our landmark 2015 report and we are proud to support local leaders in getting ahead of the curve.”

The meeting encouraged ministerial action to improve dementia care and service by drawing upon global experience. By raising awareness of the disease, the meeting also enabled closer collaboration nationally and internationally.

“Dementia is taking a growing toll on our healthcare services and is increasingly affecting the lives of many families. With a steady increase in our ageing population we expect to see the numbers of individuals with dementia increase in the coming years. I am encouraged by the attention this topic has received, not just by the senior leaders of Qatar but also by international bodies such as the WHO. Together we can engage in effective research, identify and deliver better care pathways for early diagnosis and treatment and offer more support not only to patients but their families as well,” said Dr Hanadi Al Hamad, Chairperson of Geriatrics and Long Term Care Department at Hamad Medical Corporation and Focal Point for Elderly in the State of Qatar.

Dr Shekhar Saxena, WHO Director of Department of Mental Health and Substance Abuse, said: “Dementia is a truly global issue; the vast majority of persons living with dementia are in low and middle income countries and these are the countries that will show the most rapid rise of prevalence in the coming years. Realising the importance of this public health issue, the World Health Assembly, consisting of ministers of health, is likely to discuss this issue in May 2017 and adopt a global action plan on the public health response to dementia.”

WISH is strongly committed to highlighting the growing problem of dementia as a global public health challenge. The WISH 2015 forum report, titled ‘A Call to Action’, outlines key issues in understanding dementia and the need to tackle the burden globally. WISH has provided a range of support to Qatar’s health leaders in developing policy and provision of care.

Dementia is not a specific condition but an overall term that describes a brain damaged by diseases such as the most common cause, Alzheimer’s, or a series of strokes. It includes a wide range of symptoms associated with deterioration in memory, thinking skills, and behaviour severe enough to reduce a person’s ability to perform everyday activities.

Dementia is one of the major causes of disability and dependency among older people worldwide; however, it is not a normal part of ageing. Dementia has physical, psychological, social and economic impact on caregivers, families and society which adds to the complexity of developing effective services.

Last month, WISH and Hamad Medical Corporation organised a local community engagement event to raise awareness about the global problem of dementia in Qatar. Hosted in Qatar Foundation’s Headquarters, the programme included leading world experts in the study of dementia, as well as first-hand accounts from caregivers of dementia patients. During the series of talks, speakers engaged with the audience by sharing personal experiences, offering advice and presenting on various aspects of dementia care.